Geoffroy’s cat, Bart, is settling back in his old enclosure after a ten month vacation! 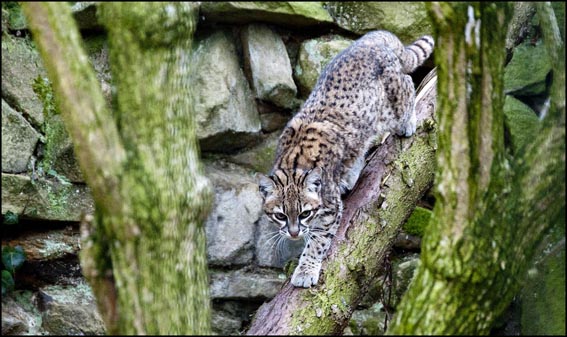 The 18-year-old wild cat was relocated off-show on the site’s lower level following the arrival of next door neighbours Carpathian lynx Daisy and Dave.

But now Bart has returned to his former stomping ground opposite the giraffe paddock.

Keepers have laid new wood chipping and carried out a deep clean of his enclosure and the feline settled back in immediately.

Senior keeper, Laura Robbins, said: “As soon as we put him back into his old enclosure he seemed to know he was home and it was almost as if he was smiling to be back.

Previous: Karate kids in courtyard
Next: Hamerkop flies in