Patagonian sea lion Cleo had barrels of fun on her 27th birthday today! 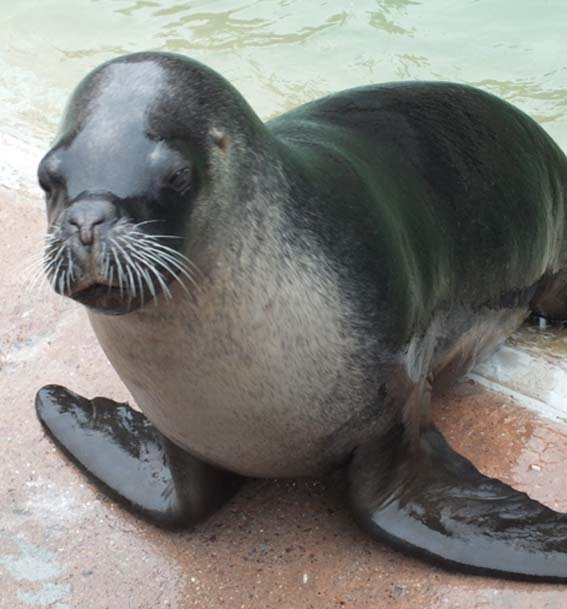 The popular sea lion was treated to a barrel of sprats and herrings for her special day.

Section leader Jay Haywood said Cleo enjoyed her birthday treat which Keepers turned into an enrichment activity for her.

He said: “We made Cleo an enrichment barrel, a container which we cut a hole in and filled with fish.

“The idea was for Cleo to nudge the barrel and release the fish.

“Enrichment is very important to all our animals as it keeps them physically and mentally stimulated.”

Jay said Cleo shared her treat with 18-year-old female Deisy, who joined DZG from France at the end of March to keep her company.

Watch Cleo enjoy her birthday barrel in our video below

Previous: Snoozing in strange positions!
Next: Calling all pirates and princesses!