Dudley Zoo staff and visitors got strapped up in slings and bandages to pull in pounds for Birmingham Children’s Hospital.

We raised £200 by taking part in Birmingham Children’s Hospital’s Big Bandage campaign on Friday 10th July, when several people on site wore bandages in exchange for a donation. 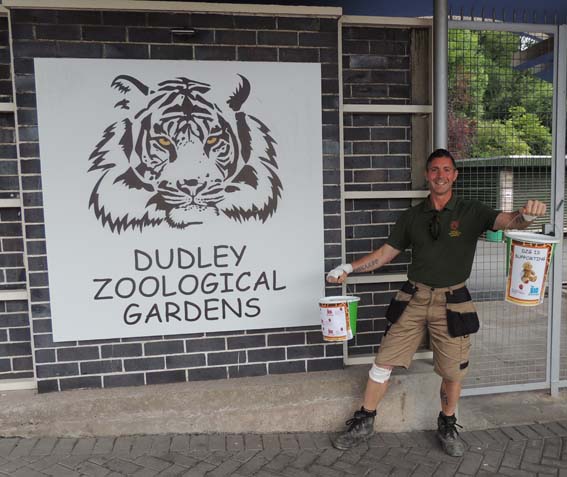 The money raised will go to the BCH’s £1million Magnolia House Appeal for a new building in the hospital’s gardens that will provide a peaceful haven for families.

DZG’s Construction Supervisor Carlo Diponio, pictured above, organised the fund-raiser as the appeal was particularly close to his heart.

His 10-year-old son, Leonardo, is receiving treatment for leukaemia at the hospital after being diagnosed in August 2013.

Since then, to thank nursing staff for looking after his son, Carlo has run several half marathons for BCH and has so far gathered in more than £7,000. 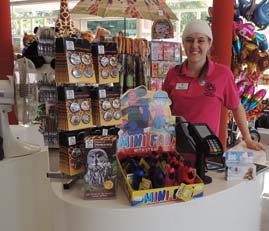 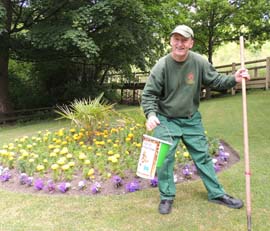 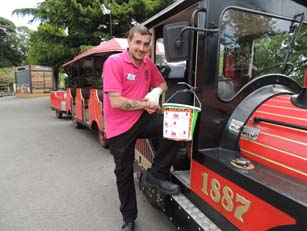 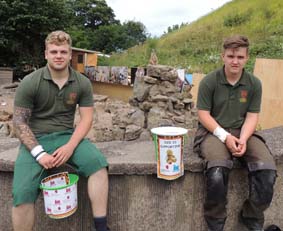 Carlo, who is supervising repair work to DZG’s Modernist Tecton buildings, said “Thank you so much to staff and visitors who supported the Big Bandage at DZG.

“I was bandaging Keepers, shop staff, gardeners and even young visitors who wanted to join the fund-raising challenge.

“I was delighted to get to £200 and have already sent on the money to the hospital.” 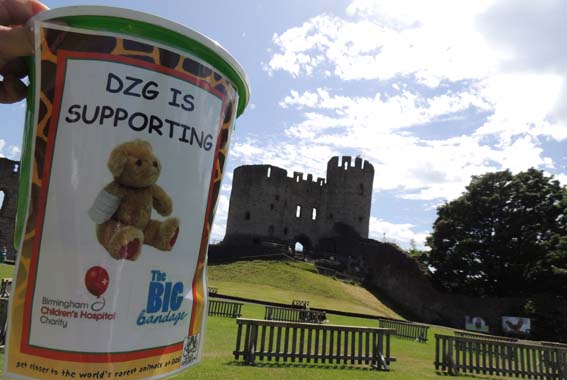