An old book discovered in the attic as she prepared to move house brought back fond memories of DZG for Mrs Lynette Collins, of Sedgley. 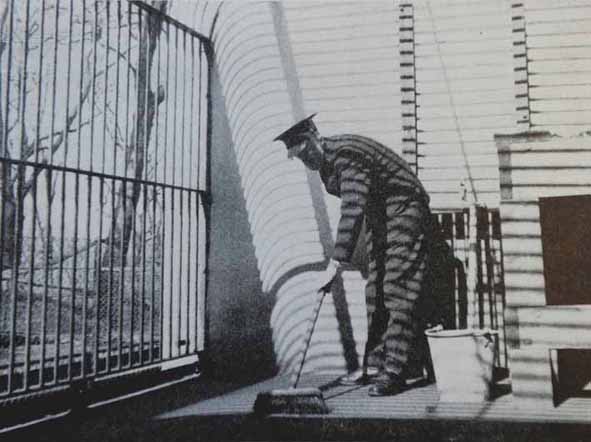 Among the yellowing pages of 1960’s hardback The Zoo Keeper, by D H S Risdon, Lynette found a photograph of her late father-in-law, Ernie Collins, who headed up DZG’s Cats’ Section during the1950s and early 60s.

Lynette said: “The book is all about Dudley Zoo’s collection and reading it brought the memories flooding back and I remembered lots of stories Ernie used to tell about the zoo animals and staff.

“The photograph shows him cleaning out a leopard’s cage and the text explains the basic principles of zoo keeping, highlighting hard physical work and common sense as key to the job!”

She added: “I have donated the book to DZG archives as I’m sure they will find it most interesting.”

DZG Head of Media and Communications, Jill Hitchman, said: “The book offers a fascinating insight into DZG’s collection in the 1950s and early 60s and was written by Donald Risdon who was the zoo’s General Manager at that time.

“It concludes with A Day in the Life of a Keeper, which is almost identical to today’s procedures and explains the importance of routine and commitment.

“One area that has changed is uniform  back in the 1950s staff used to wear a formal jacket and peaked cap, but modern-day zoo keepers wear more comfortable, casual, less restrictive clothes.”

She added: “The book has now been added to our new archives department and has already been passed around several members of staff who have found it very interesting reading.” 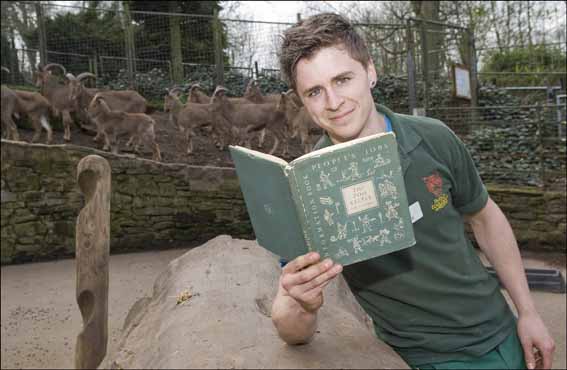 CAPTIONS: TOP: Cat keeper Ernie Collins cleans out a leopard cage in the late 1950s. ABOVE: Trainee keeper Alex Randle with the book about Dudley Zoo’s animal collection in the 1950s.

Previous: Ear you go, deer!
Next: Woodchip Week at DZG