Five male Gelada baboons are settling into a new hillside home after translocating from Austria. 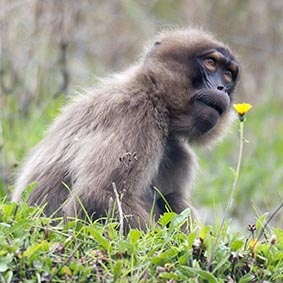 Five year-old Simiya and four year-olds Semelo, Sanjo, Jima and Jilo have moved to DZG from their birthplace in Herberstein.

Primate Keeper, Neil Flockhart, said: “Four of the baboons are brothers, but they have all been raised alongside Sanjo, who is unrelated, so they are already very used to each other.

“They have settled very quickly into their new home and were out and about exploring their new paddock and climbing frame within an hour of arriving.

“In the wild they live in hilly grassland as they are the only primate species whose primary food source is grass.

They are shuffle grazers, which means they rarely stand up when grazing, instead preferring to pluck blades of grass while shuffling along on their bottoms. 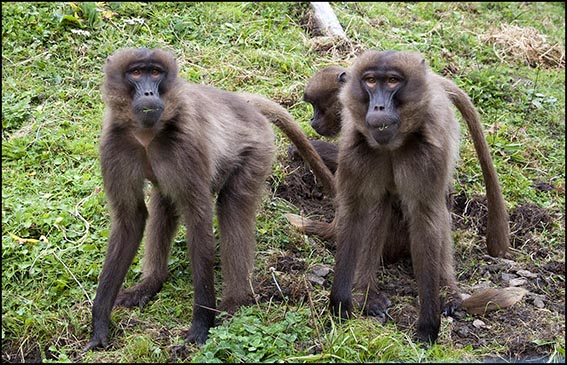 “They display very well on the bank and visitors can get a great look of them as they walk past on their way up the hill.”

The arrival of the five bachelor baboons comes just a few months after the opening of Baboons on the Bank  a £20,000 natural hillside enclosure for our new breeding group of males Femi and Ebano and females Jimma, Addis and Tana.

Previous: Tropical birds’ winter home
Next: Root of the problem!