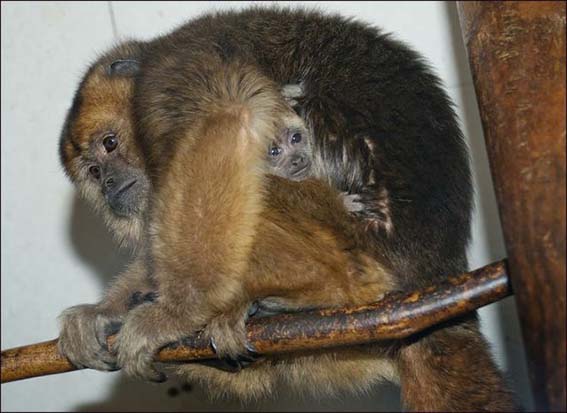 The youngster, named after the American boxer, was born on Boxing Day to mum, Avyanna and dad, Dargie, just eight months after big brother Becks and 18 months after eldest brother, Arie. 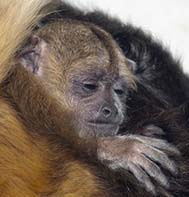 Upper Primates Section Leader, Pat Stevens, said: “Tyson is doing really well and is growing quickly. He’s currently snuggled up on mum and will be dependent on her for up to 18 months.

“We were quite surprised to have another baby so soon after Becks, who I think is very put out that he’s not the baby anymore and isn’t being carried around by Avyanna.

“Arie was the first ever howler monkey baby to be bred at DZG 18 months ago as part of a European studbook managed breeding programme, so we’re very proud that we’ve now got five altogether in such a short period.”

Black howlers are native to Central and South America and are one of the largest species of primate.

They are called howlers because of their unique call, which can be heard up to five km away.