Fourteen-year-old Jasmine gave birth to the little girl a week ago and both mum and baby are doing well, with keepers now thinking of a name for the zoo’s newest resident. 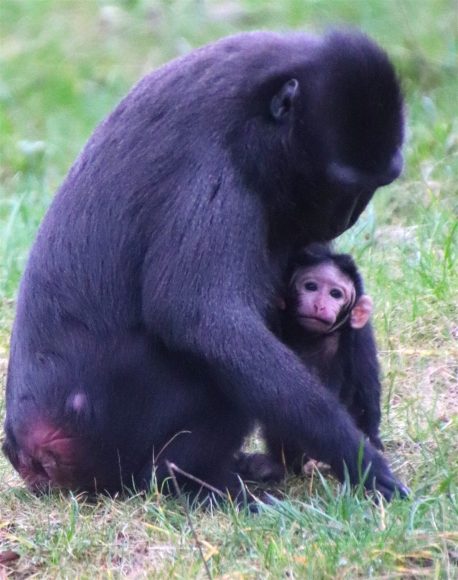 Dad is eight-year-old, Tambo – a first time father – and the birth is extra special for Lower Primates Acting Team Leader, Jodie Dryden, as she was Tambo’s former keeper at Drusillas Park in East Sussex, where she helped care for him from birth.

Jodie, who is also the UK Regional Co-ordinator at Selamatkan Yaki – a Sulawesi crested macaque conservation project in Indonesia, said: “I remember Tambo’s birth and watching his parents coo over him, so it’s lovely to see that little boy all grown up and starting a family of his own here at DZC with Jasmine, who is already an experienced mum.

“Dad’s don’t usually play a part in the upbringing of babies and won’t have a lot to do with them until they’re older, but he’s taking his new role very seriously and is being very protective of both mum and baby and we’ve also spotted him grooming the baby while she’s still on mum, which is really positive behaviour.”

Listed as critically endangered on the IUCN Red List, the species has faced a reduction in numbers by 90 per cent over the last three decades, with threats including habitat loss due to farming and deforestation, as well as the illegal bush meat trade and the pet trade. 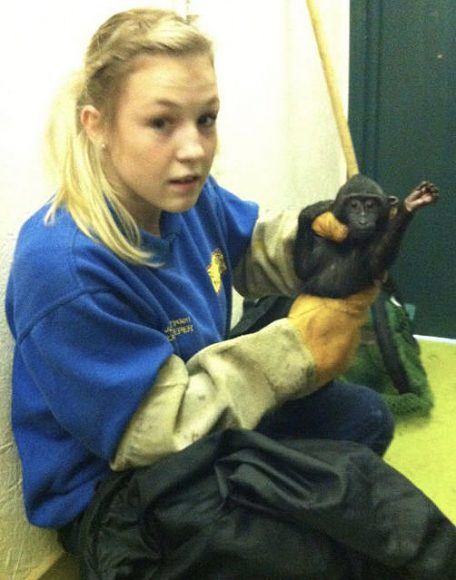