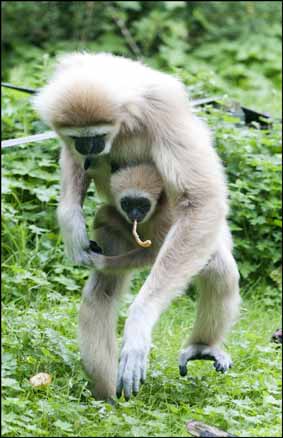 Team Leader Upper primates, Pat Stevens, said: “Penny is still very dependent as she is so young, and is holding on tight to her mum, but she is quite alert and is looking around and taking in the world.

“Lar gibbons can be delicate to rear, but so far she is doing well.”   The Lar Gibbon is an endangered ape species, originating in South East Asia (Indonesia, Laos, Malaysia, Myanmar and Thailand).   The species is diurnal and active for around nine hours a day, spending most of its time in trees.The Lar gibbon’s habitat has been threatened by forest clearance, illegal agriculture and hunting, and tourism.   The species is sometimes hunted for food, and for the pet trade. 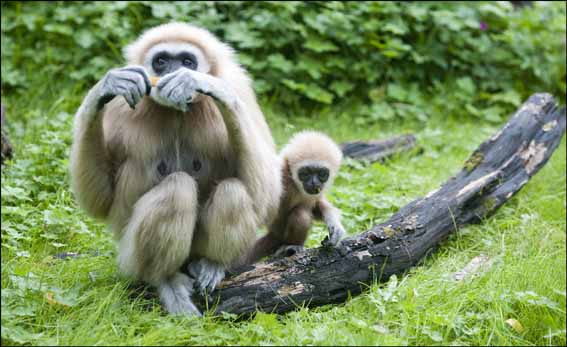 Previous: All in a day’s work . . .
Next: Netherton Library Outreach visit