Primates staff are delighted with the progress of a two-week-old Lar gibbon. 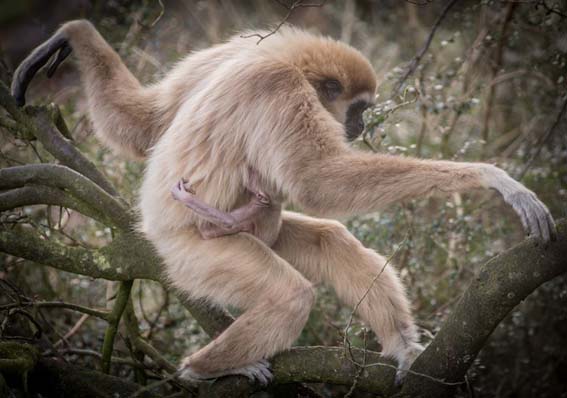 The youngster was born on January 16  to mum Meo and dad Huggy, who also have a two-year-old daughter Penny. 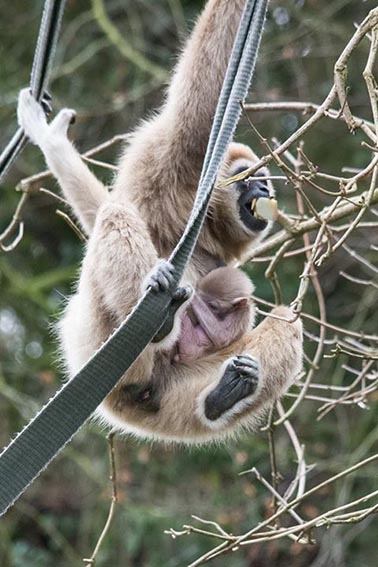 And a few visitors have already caught a glimpse of the baby, including DZG members Brett Critchley who took the stunning shot above, Steve Weaver who captured the excellent image on the right and Karen Edwards who sent us the touching picture below. 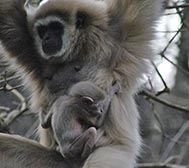 Team Leader Upper Primates, Pat Stevens, said: “Both mum and baby are doing well, and although Lar gibbons can be delicate to rear, Meo is a very experienced mother and is doing a great job.”

Pat said the baby will not be named until staff have discovered its sex, which will be in a few weeks time.

An endangered species, Lar gibbons originate from south-east Asia, including Thailand, Myanmar and China, where their habitat is threatened by hunting, deforestation and commercial plantations of palm oil.

Lar gibbons bond for life, with females giving birth to a single young after a gestation period of around seven months, and when mature make a distinctive musical ‘whoop’ that can be heard up to half a mile away!