Our baby Gelada baboon boy has been named Ambo, after an Ethiopian town bordering mountainous grasslands inhabited by the species. 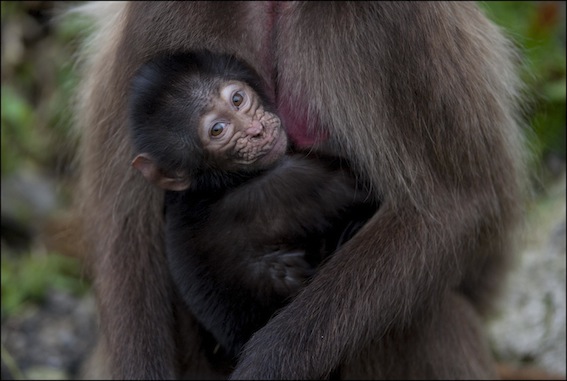 Ambo who was born on October 22, is now set for his first Christmas with five-month-old brother, Billie. 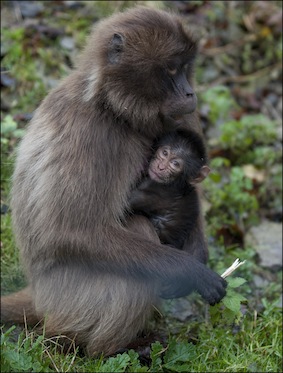 Lower Primates Section Leader, Nicola Wright, said: “Ambo still seems quite shy, but he’s making great progress and we’re sure he’ll soon be tearing around the bank and making mischief with his big brother in no time at all.”

Geladas are the last surviving species of grazing primate and are known as shuffle-feeders, as they prefer to continuously pluck grass blades while shuffling about on their bottoms.

Gestation is usually around six months.

Mothers will carry the baby on their stomach for the first few weeks, before transferring it to their back. The youngster will then begin to gain independence from around five-months-old.

The town of Ambo neighbours the cities of Addis Ababa and Jimma and also Lake Tana  after which DZG’s three females are named.