Dudley Zoo is celebrating a bundle of spring babies including a capuchin, a black lemur, a Barbary sheep and two bats. 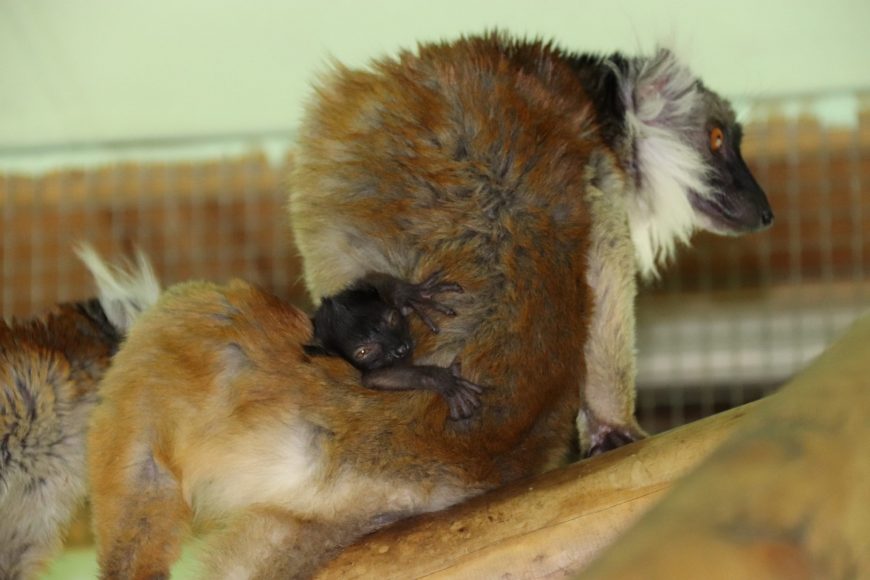 The latest additions to our 1,600-strong collection have all been born within the last 10 days, with the Barbary sheep birth being witnessed by visitors just two days ago. 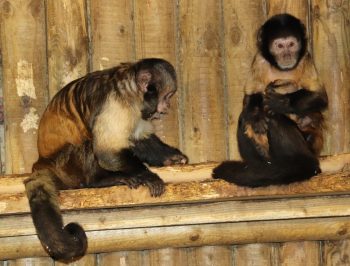 The baby boom kicked off on St George’s Day when a lovely little yellow-breasted capuchin was born to mum Dinya and dad Willow, pictured together as a family.

Capuchins are critically endangered in the wild and among the world’s rarest species of primate. Our group is part of a European Species Survival Programme (ESSP) and remain the property of the Brazilian government.

A tiny black lemur appeared in our one-acre Lemur Wood walkthrough exhibit the next day on April 24 and is still clinging tightly to mum Barbara’s tummy.

This is the second black lemur baby born at DZG in a year as Barbara and dad Bryan had a little girl, Kimmy, on May 15 last year. The black lemur births are extra special to Dudley Zoo as we play a key role in the conservation battle of the vulnerable species. We’re the European Endangered Species Programme (EEP) studbook holder for the entire European captive population. 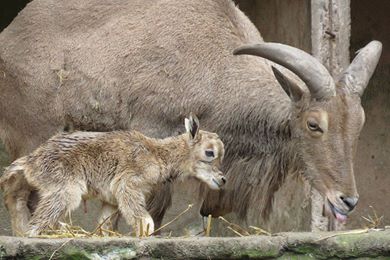 Visitor Kelly Daly sent us pictures of a new Barbary lamb which she saw being born on April 30. She took the fabulous pictures shortly after the birth and said she felt very lucky to have been there at the time.

And in our Castle Creatures exhibit, in the 11th century Castle, two Seba’s short-tailed bat mums have each had a baby.

Curator Richard Brown said: “We’re delighted to announce all our recent arrivals and are very pleased to say mums and babies are all doing well.

“It’s a very exciting time and our dedicated keepers do a brilliant job of looking after some of the world’s rarest animals.”

Look out for all our little ones when you’re next at DZG!

Previous: It’s all about macaques
Next: Binturong makes Dudley debut