A dozen baby rats have been born in our Discovery Centre and are all doing well. 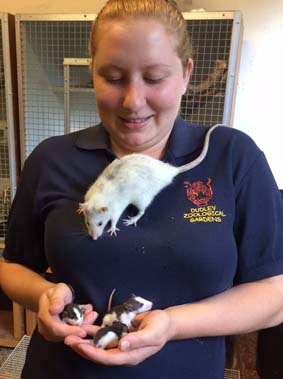 The tiny twelve – nine girls and three boys – were born on August 7 to mum Rebel and dad Blaze.

Presenter Dorrie Hall, pictured right with the three boys and proud mum Rebel, said: “They are growing fast and have both their ears and eyes open now.

“We’ve had great fun naming them too.”

The girls have been named on a fire theme  inspired by the blaze which gutted the once-splendid Dudley Castle’s Sharington Range on July 24, 1750.

The rats live off-show in the Education Block and will eventually take part in birthday parties and outreach visits to schools as well as star in our Go Wild! Shows.

In time Presenters will train the rats to scuttle around the Go Wild! theatre’s rope course. 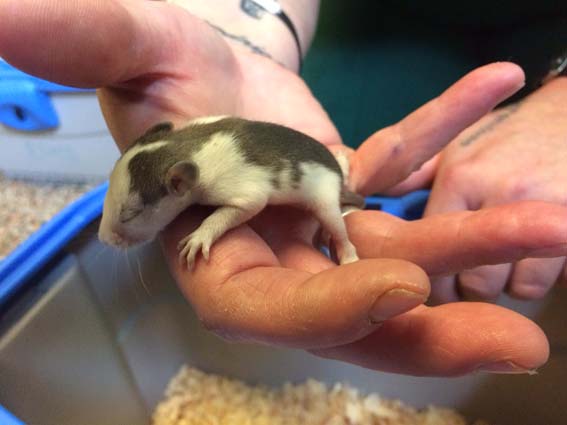 Gestation in rats is 20-23 days. Babies will open their eyes on day 14, while their ears will open on day 13. They typically live two to four years.