Keepers have been playing postie as festive gifts and cards from across the world arrive to mark the first Christmas of rare new arrivals. 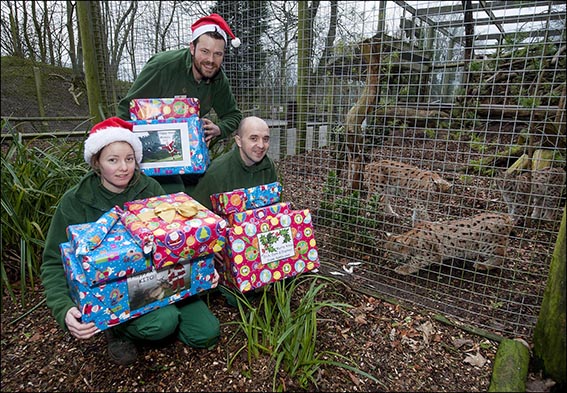 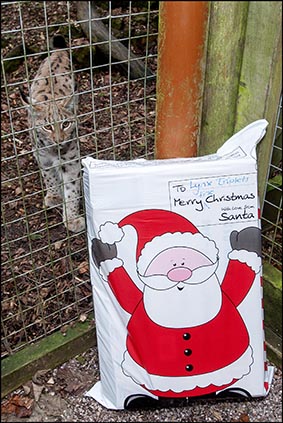 Head of Media and Communications, Jill Hitchman, said: “We’ve had a bumper year for births and the babies have attracted global interest. We’ve had cards and gifts from wellwishers and adopters in Europe, Australia, USA and New Zealand, which have kept staff busy delivering them to the various sections.”   Babies born in 2014 include male Rothschild’s giraffe, Kito, in February, a male snow leopard, Makalu in April and Carpathian lynx triplets, Dick, Dom and Daphne in May, plus a male yellow-breasted capuchin Ted, male black howler monkey Shelby and pygmy marmoset twins Duncan and Edward.   Notable ‘firsts’ saw the arrival of a male Gelada baboon, Billie, and two red-crested turaco chicks plus roul roul partridge babes.   Jill added: “We’ve had an incredibly busy season and the births are living proof of the continued success of our international conservation programmes with some of the rarest species in the world.   “We are deeply touched that people remember our animals at Christmas and would like to send heartfelt thanks from Team DZG for their support and festive wishes, it’s much appreciated by us all.” 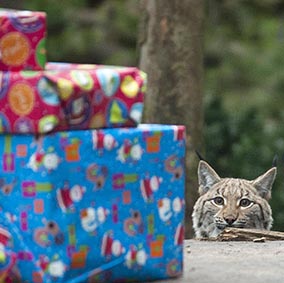 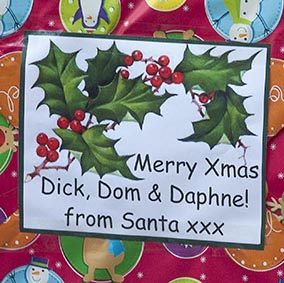 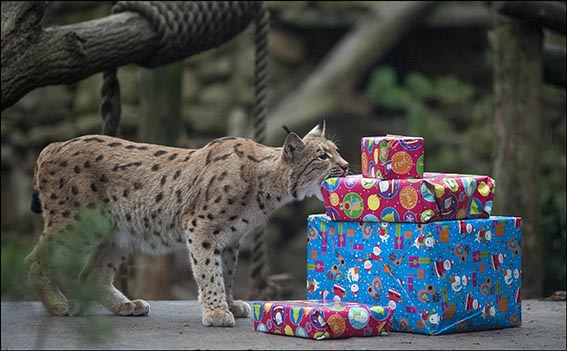 Sian Simner, Richard Brown and Jay Haywood hand out festive gifts from across the world to our first litter of Carpathian lynx triplets, aged seven months! 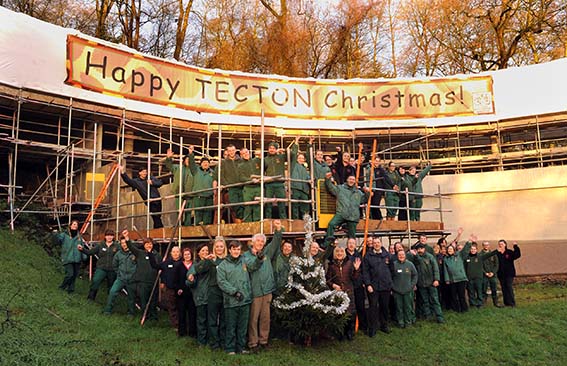 Jill said: “It’s the biggest sign I’ve designed and came in at a touch under 2m deep and took four members of our Concrete Construction team to erect  you can certainly see it from a distance!”   The HLF-supported project to restore four of Berthold Lubetkin’s Tecton structures  Entrance, Safari Shop, Bear Ravine and Kiosk One  has received recognition  from world-renowned architectural and heritage experts and will culminate in an international conference on the restoration programme at DZG in October 2015.   Jill added: “The Entrance and Safari Shop re-opened to the public at Easter 2014 and the Bear Ravine and Kiosk One will launch at Easter 2015; these are exciting times, and truly the Year of the Tecton.”