Autumn spells extra work for staff as they tackle the seasonal task of collecting fallen leaves across the 40-acre site and making sure 2.2km of public pathways and roads are cleared for visitors.

DZG Curator Matt Lewis said: “The paths can become dangerously slippy due to fallen leaves, so we have maintenance workers and keepers sweeping up all over the zoo at the moment.”

And as ever there’s an element of recycling . . .

Matt added: “Any ash and sycamore leaves are stockpiled and stored in airtight drums as overwinter snacks for our three Rothschild giraffes. 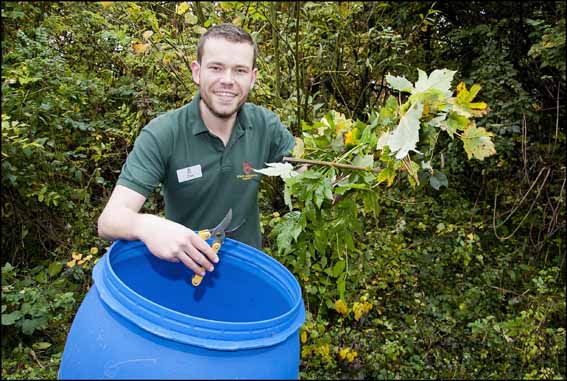 “Any leaves which are unsuitable for the giraffes will be composted for use across the gardens.” 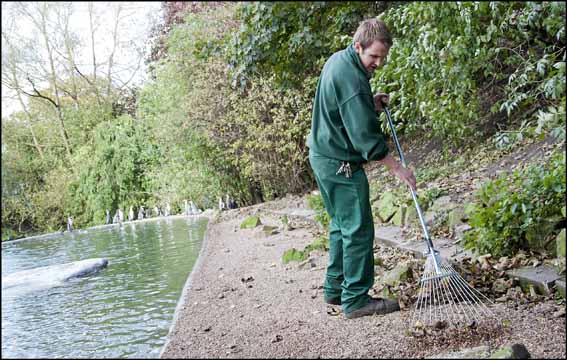 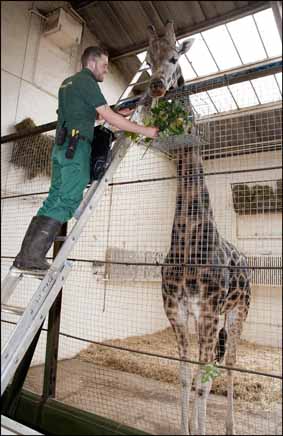 Ungulates team leader, Jay Haywood  pictured  has devised a cage ball for our three Rothschilds giraffes, which he fills with crisp fallen leaves – the trio’s favourite snack  every morning.   The ball, which is encased in a mesh box and spins on a rod, is attached to the top of the metal fencing in the giraffe’s indoor enclosure, with the leaves only able to be reached by the giraffe’s long tongues.   Jay said: “A giraffe’s tongue averages 30cm long, so it’s a great game for them to reach through the box and into the ball to grab the leaves. If the ball spins is makes it more difficult for them, but it keeps them busy for hours.” 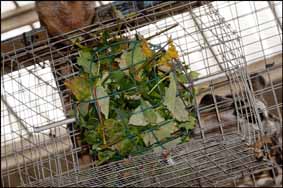 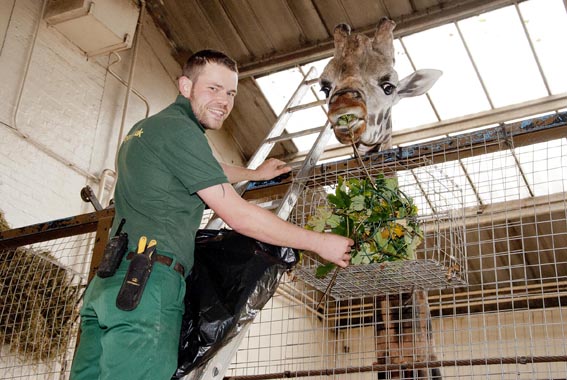