We’ve said au revoir to two male black howler monkeys who have left us to start a new adventure across the Channel. 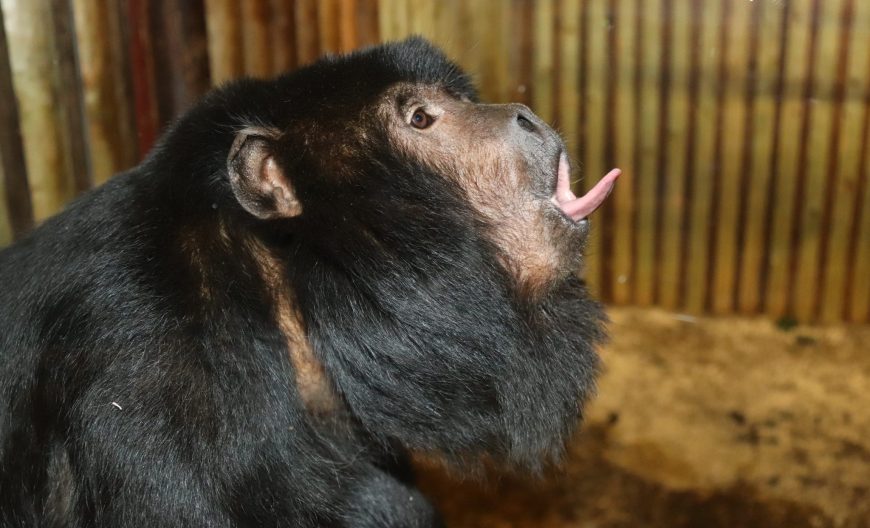 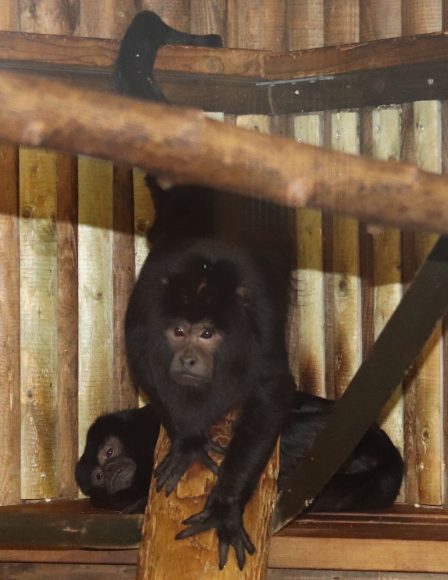 Brothers Arie and Becks, who were both born at Dudley Zoo, have gone to Zoo du Bassin d’Arcachon in France.

Six-year-old Arie and Becks, aged five, will join the French collection and could go on to father youngsters of their own in the future.

DZG’s Registrar and Research Co-ordinator, Dr David Beeston, said: “The brothers were very popular at Dudley and were much photographed by visitors.

“The males could potentially join a breeding programme over there and it would be wonderful to hear they had offspring of their own one day.”

The brothers left us on Wednesday afternoon and travelled to France by road and ferry with a specialist animal transport firm.

Black howler monkeys are known for their iconic ‘howl’ call, which can be heard by humans up to 5km away. The primates have a special voice box and pouch in their throats that amplifies the sound, which enables groups to keep in touch with each other.