Four of our youngest members of staff, all apprentice keepers, will represent DZG at Dudley’s annual civic Remembrance Sunday service where they will lay a poppy wreath. 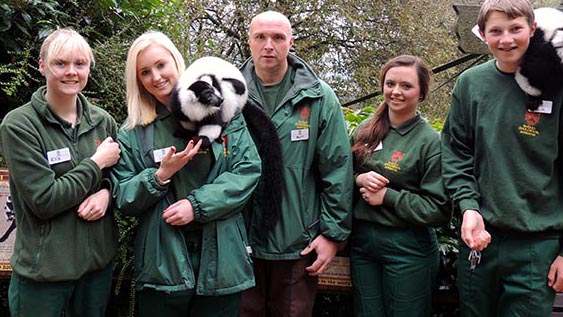 Curator Matt Lewis will lead Ellis Robinson, aged 18, from Lower Gornal, Leigha Tedd, 17, from Darlaston, Danielle Partridge, 19, from Oldbury and Ryan Clarke, 16, from Stourbridge to the cenotaph in Ednam Road.

CEO Peter Suddock, said: “Our teenage apprentices are the same age as so many young servicemen and women who lost their lives during world war conflict in the last century and it is imperative that their sacrifice is never forgotten.

“DZG marks Remembrance Sunday every year and our staff wear their poppies with pride.”

Following the outbreak of World War II in 1939, just 28 months after DZG opened, five keepers, along with the head gardener were called to service.

All DZG employees will mark Armistice Day with two minutes silence on Tuesday, November 11 at 11am.