We’re hoping to take a trip down Memory Lane for DZG’s 80th anniversary. 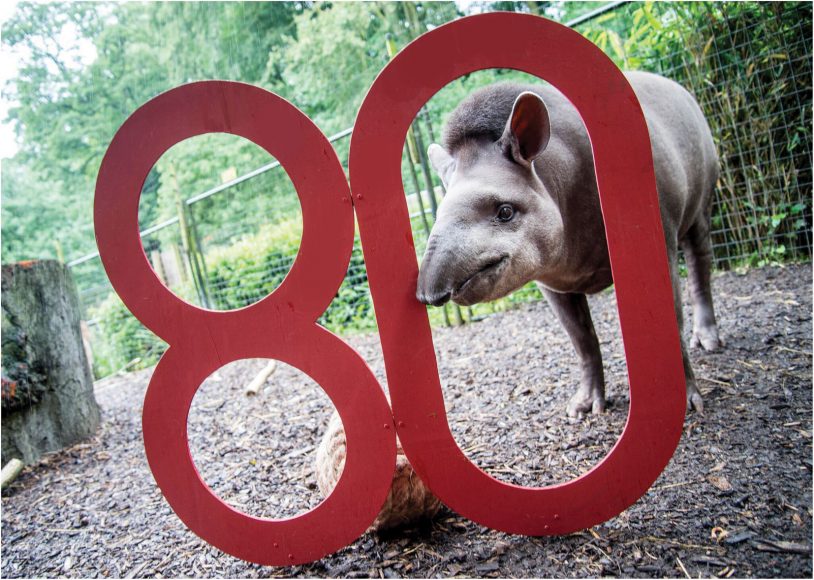 Ahead of our May milestone we’re appealing for visitors to send us their favourite zoo memories, photos, film footage or memorabilia which we can feature as part of our anniversary celebrations.

Media and Communications Officer, Rachel Hickman, said: “DZG turning 80 is a fantastic opportunity to not only commemorate our continuing success but also mark the changes over the years.

“We know there will have been many special moments made on site during the last eight decades whether you were here as a visitor or member of staff.

“We’ll be sharing some of our own memories from the zoo archives, but we’re keen to learn your stories and recollections and hear how Dudley Zoo has played its part in your history.”

2017 is set to be an exciting year at DZG with a range of celebratory events planned plus a £345,000 redevelopment programme, which will see work completed on the snow leopard enclosure, farm and aviaries, plus the unveiling of a new £50,000 South American exhibit in the former Tropical Bird House Tecton on our actual anniversary date – Saturday, May 6.

Anniversary submissions can be emailed to memories@dudleyzoo.org.uk or sent to Dudley Zoological Gardens, Castle Hill, Dudley, West Midlands, DY1 4QF before the end of February.