We’ve welcomed orang conservationist Sue Sheward MBE to Dudley Zoo to share with her our vision for a new £800,000 enclosure. 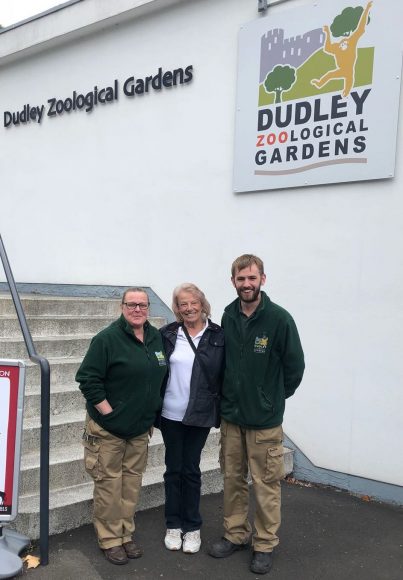 Sue, from Orangutan Appeal UK, toured the current orang enclosure with Head of Upper Primates Pat Stevens and Conservation Officer Chris Leeson – who was inspired by Sue’s conservation work at the tender age of 10.

Chris actually met Sue 16 years ago when he was on holiday with his family in Malaysia. She was working at Sepilok Rehabilitation Centre in Borneo and her dedication was one of the reasons Chris became interested in animal conservation.

Sue’s visit gave us chance to strengthen DZG’s partnership with Orangutan Appeal UK as we plan to raise funds for their work in protecting wild populations of orangutans at the Sepilok Orangutan Rehabilitation Centre. 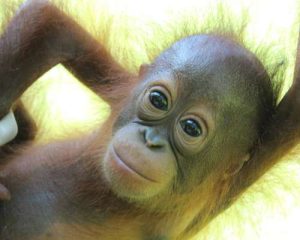 And during Sue’s visit Pat and Chris took the opportunity to adopt Beryl, one of the wild orangs at Sepilok on behalf of Dudley Zoo.

Chris said: “The purpose of the visit was to strengthen our relations with Orangutan Appeal UK and we plan to work together on signage for our new exhibit.

“Sue was excited to be involved in our new enclosure project and was impressed by the condition of our four great apes, saying she could tell they were well looked after. She thought the plans looked brilliant and said it would be wonderful to for the orangs to have so much space.” 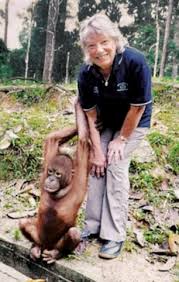 Sue, the Appeal’s Chairwoman and Founder, has worked tirelessly to help the endangered orangutan since she became involved with the plight of the great apes in Borneo after a visit to Gerald Durrell’s Endangered Species Institute in Jersey.

She established the charity in 2000 to provide a sustainable future for the species through rehabilitation and conservation of their rainforest habitat and by raising global awareness of the dangers they face in the wild.

Next week – We reveal the amazing ape artwork of our orangs Benji, Jorong, Jazz and Sprout which has been made into limited edition canvasses, exclusive to DZG. All proceeds from the artwork sales will boost funds for the enclosure appeal.

Previous: New mara needs naming
Next: Thanks Gwen and Ken!