We’re celebrating the birth of another critically endangered primate with the arrival of a tiny yellow-breasted capuchin. 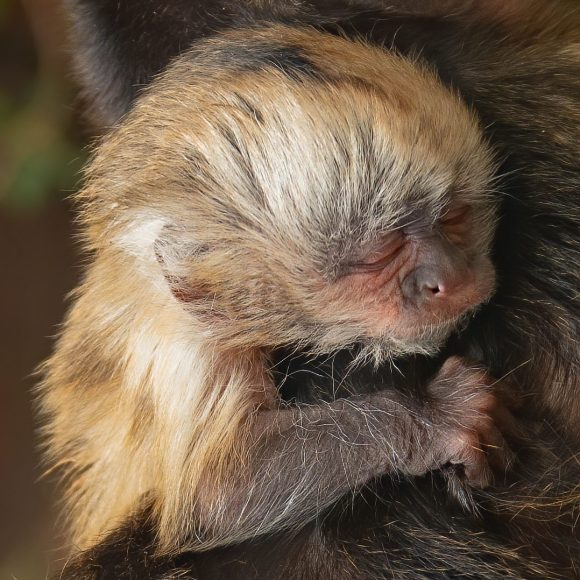 The baby was born on September 10 to 16-year-old mum, Dinya and 12-year-old dad, Willow and keepers are delighted!

Upper Primates Section Leader, Pat Stevens, said: “Dinya and Willow are very experienced parents and the baby seems to be doing really well, with mum attentively carrying it around.

“It’s very fair in colour, so it’s quite easy to spot, but it won’t leave her for quite a while, so we haven’t been able to try and get a glimpse of its sex yet, but as we’ve only produced male capuchins, it would be nice for this one to be a girl!” 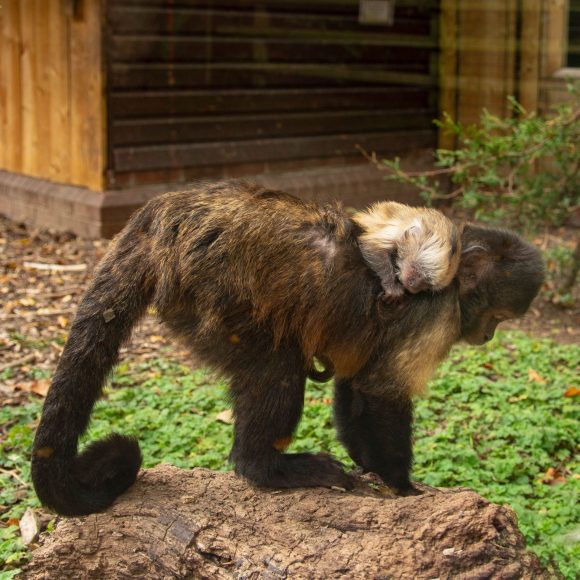 The baby is the ninth youngster to be born at DZG since the group was formed in 2012, bringing the current number to ten, which includes youngsters Clint, Chewy, Archie, Chops, Doyle and Ted and adults Dinya, Willow and Holly.

The group are all part of a European Endangered Species programme and remain the property of the Brazilian government and the first two capuchins born at DZG in 2012, Spot and Dougal, moved to Zoo Schwerin in Germany in 2017 as part of the EEP.

Restricted to the Brazil’s Atlantic rainforest, it is estimated there are only 300 individuals surviving in the wild, making them one of the world’s most endangered primates, with threats including habitat loss and hunting.

Thanks to Gary Pace for the photos!