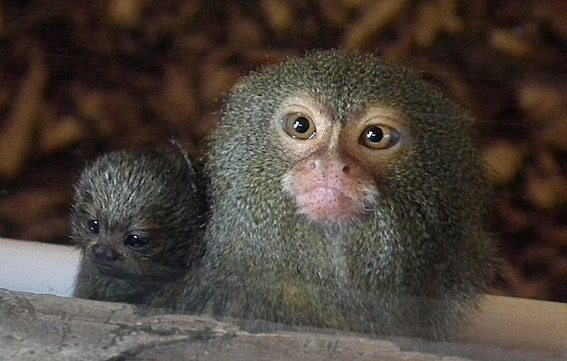 Zoo member, Vickie Fellows, was the first to photograph one of the newborn twins – in this fab shot! 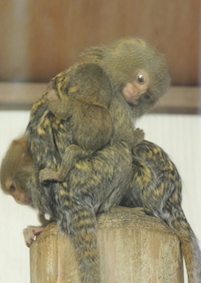 The tiny twins were born on Boxing Day to mum Pam and dad Hendrix, bringing their total offspring to five.

Pam and Hendrix were put together in 2013 to establish a new breeding group and since then have raised twin boys, Duncan and Edwards, now aged one and six month-old Zippy, who is yet to be sexed.

“Mum and dad are taking it in turns to carry them on their backs, so visitors will have to look very carefully to spot them.”

Over the last decade we’ve bred 27 pygmy marmosets and have relocated many to animal collections across Europe, including Magdeburg, Dublin, Belfast and Norfolk to establish breeding groups of their own. 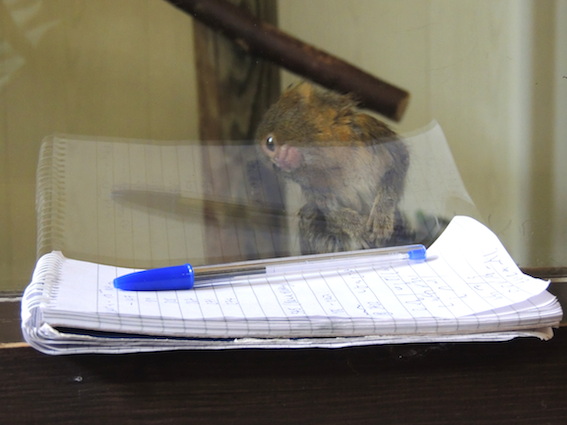 Cheeky pygmy youngster, Duncan, tries to decifer the shorthand in DZG’s Media and Communications Officer, Rachel Hickman’s notepad, just to double check what she’s been writing about them this time!