Another adorable capuchin baby has arrived at DZG  just weeks after its half-brother Doyle made an appearance. 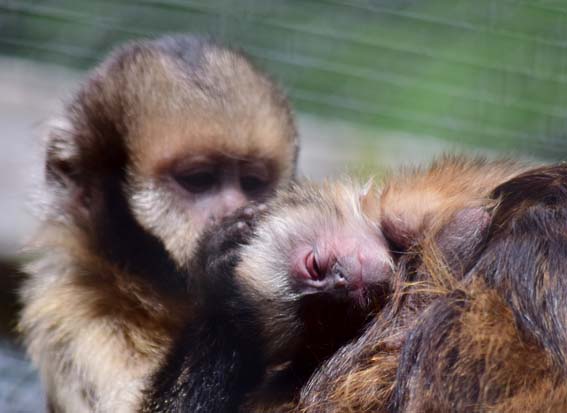 CAPTION – Welcome little one! Thanks to member Karen Edwards for the gorgeous pictures of our new baby capuchin, above and below

The latest little yellow-breasted capuchin was born on August 3 to mum Holly and dad Willow.

Seven weeks earlier Doyle, who keepers have confirmed is male, was born to mum Dinya and dad Willow.

Upper Primates Section Leader Pat Stevens said: “We don’t know if the new baby is a boy or a girl yet so as soon as we can determine the sex we’ll come up with a name.

“The baby is doing very well and getting lots of well-wishers.” 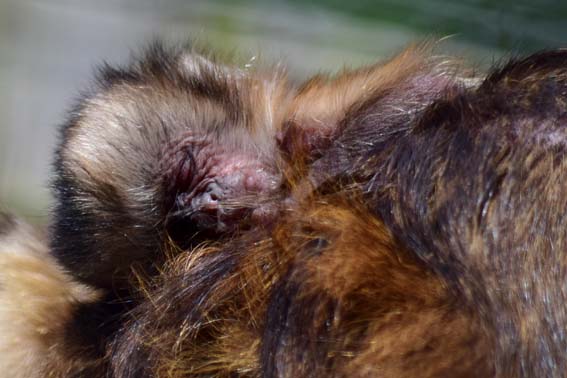 Yellow-breasted capuchins are one of the few species of animals that use objects as tools and even use plants to their advantage.  In zoos, where they are fed onions, they can often be seen rubbing the onions on their hair to act as an insect repellent

The name capuchin is derived from the word Capuce or Capuche which was the skull cap worn by Franciscan monks. The primates’ hairstyle is said to resemble the headwear