We’ve had another yellow-breasted capuchin birth less than five months after his half-brother, Archie arrived. 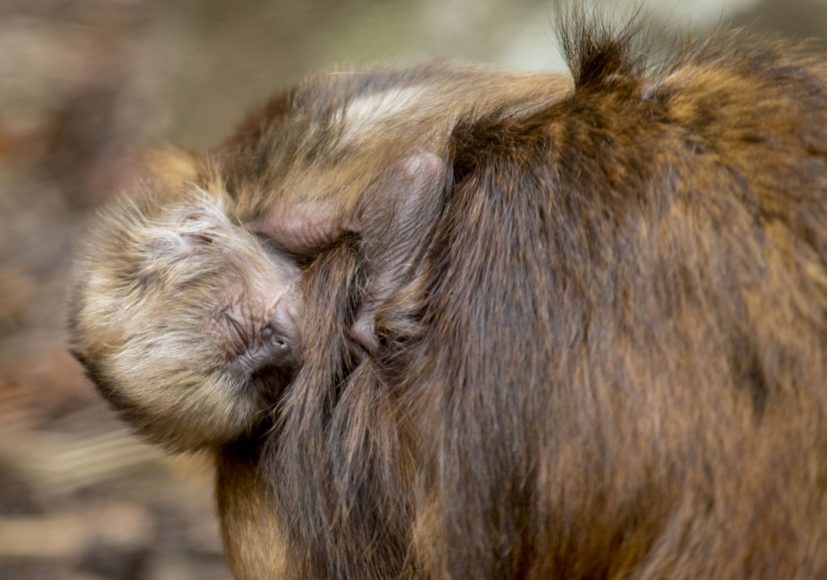 Our seventh baby was born on August 22 to ten year-old parents Holly and Willow. 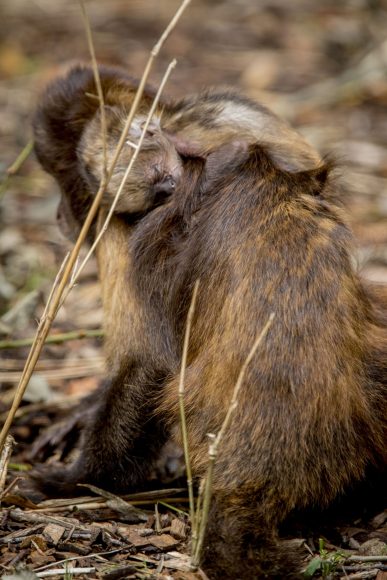 Upper Primates Keeper, Sian-Leigh Simner, said: “This is Holly’s third baby and it’s the smallest one we’ve ever had. But it’s feeding well and is getting bigger every day.

“It’s still constantly on mum, so we have only been able to get quick peeks of it up to now, but it’s now moved from Holly’s stomach and onto her shoulders, so it’s more visible.”

And keepers have spotted the group’s other female, Dinya, giving Holly a helping hand in grooming and caring for the newborn.

Sian-Leigh added: “The baby’s half-brother, Archie, who was born to Dinya and Willow back in March is also starting to take a keen interest in the new arrival and he seems to be really looking forward to having a playmate.”

Keepers won’t be able to sex the youngster for a few weeks, but as all our previous babies have been male, keepers are hoping this one’s a girl!

Listed as critically endangered on the IUCN Red List, yellow-breasted capuchins are seriously threatened with extinction and the population is still declining in their native Brazilian tropical rainforests due to deforestation as well as being trapped for the pet trade and hunted for meat.