All creatures great and small at DZG are being counted as part of our annual animal census. 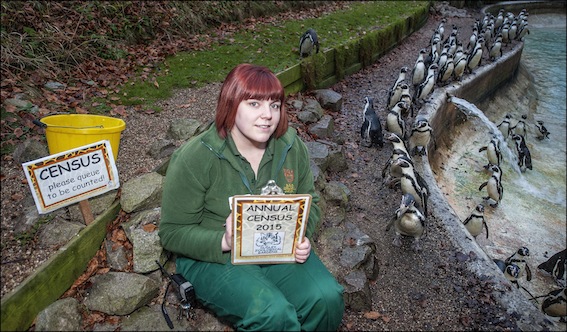 Keepers have embarked on the mammoth task of counting every invertebrate, bird, mammal, reptile and amphibian, which isn’t so easy when there are more than 1,800 creatures and 200 species across the 40-acre site. 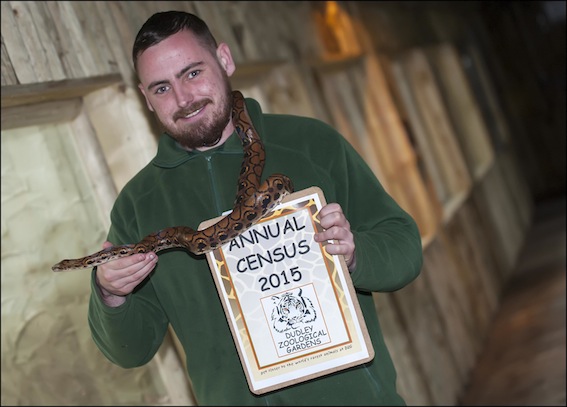 Throughout the coming week keepers on every section will be taking stock of the zoo’s residents as part of the licence requirements of all UK zoos and wildlife parks, which is overseen by DZG’s Registrar and Research Co-ordinator, Dr David Beeston. 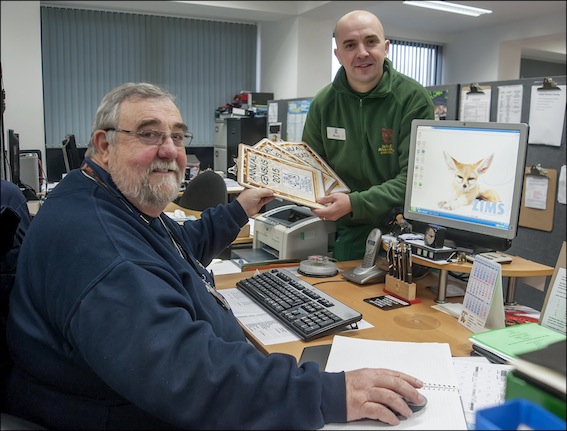 Dr Beeston, pictured above, said: “Most of the data collection is straightforward and some sections definitely have it easier than others. We know we have three Snow leopards and four Bornean orang utans, but it’s making sure we’ve counted the identical creatures, such as our 70-strong colony of Humboldt penguins or stick insects in the Discovery Centre which takes a lot of patience.” 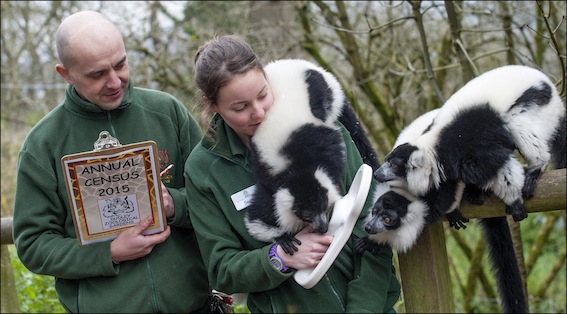 Many of the animals, including Madagascan lemurs, Red-necked wallaby and capybara are microchipped, similar to domestic cats and dogs and can be individually scanned and recorded using a handheld scanner that reads the chip’s code. 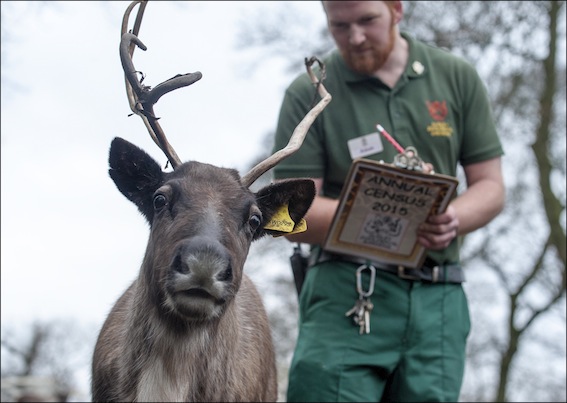 Some species, like the reindeer and barbary sheep are ear tagged; birds have flipper bands or coloured foot rings which also contain individual codes, while the bigger animals such as the Sumatran tigers and Rothschild’s giraffes are easily identifiable by their individual and unique patterns and coats. 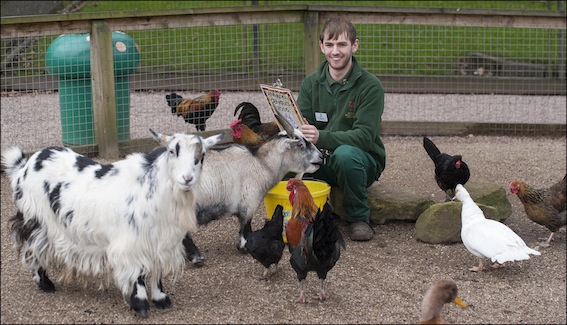 All the collected data is accurately recorded using the Zoological Information Management System (ZIMS), which provides an invaluable comprehensive database of animal health and well-being of all the species living in collections around the world. 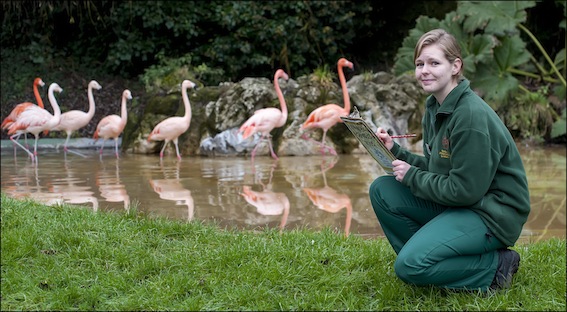 Dr Beeston added: “The animal records are regularly updated by our keepers who work with the animals daily so the count is really just a confirmation exercise at the end of the year.” 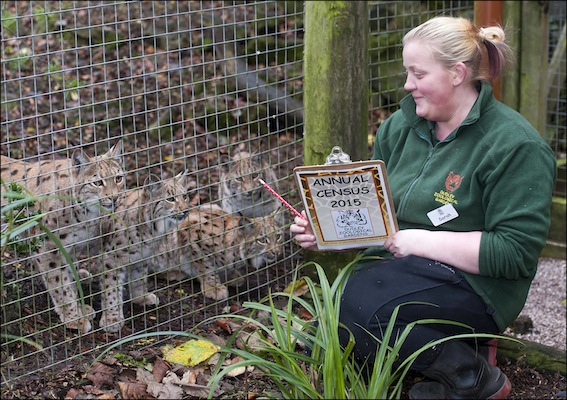 New arrivals being counted for the first time at DZG this year include a raft of 2014 babies, including 11-month-old male Rothschild’s giraffe, Kito, eight-month-old Carpathian lynx triplets Dick, Dom and Daphne and nine-month-old snow leopard cub, Makalu, as well as spider monkey males, Chester and Charlie and black-and-white-ruffed lemur, Ely.

Find out more about DZG’s census in the video below…