DZG’s animals and artefacts proved to be the perfect muse for a group of graphics students from King Edward VI College in Stourbridge. 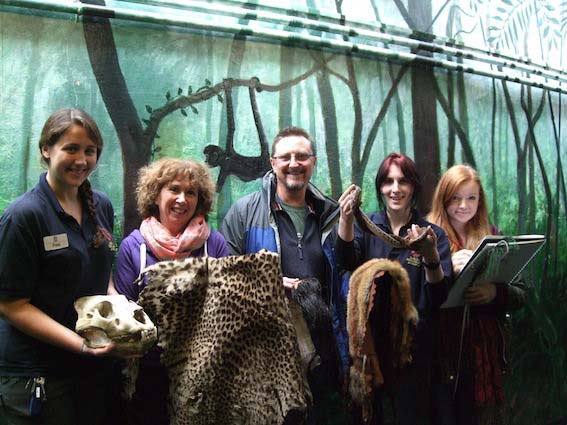 Forty-seven students took part in an Arty Animals workshop in the Discovery Centre with DZG’s Presenters, where they were encouraged to use live animals and a variety of biofacts including skins and skulls to create their own works of animal art.

Presenter Caroline Howard, said: “The students spent a long time sketching or photographing the items which we had provided which demonstrated a huge range of different textures. 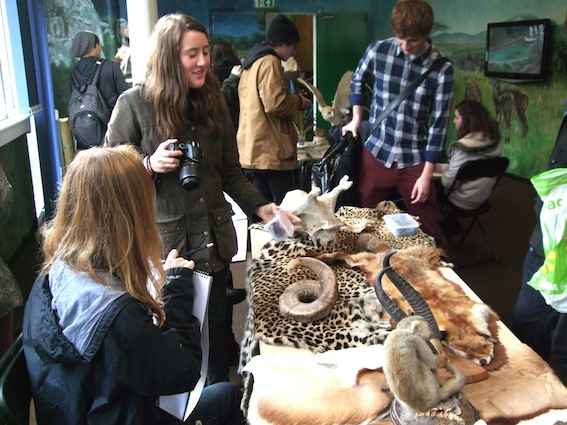 “We also provided a creature feature with a snake, chinchilla and bearded dragon, which they were again able to touch and see the various textures.”

Group leader, Stewart Monk, said: “A massive thanks to Caroline and her team for the enormous effort and passionate lecture related to the Arty Animals workshop.

For more information about the educational workshops provided by the DZG Education Team, click here.

Previous: DZG on BBC’s Inside Out tonight!
Next: Meerkat’s favourite haunt . . .