Our female guinea pigs are enjoying an extension to their castle enclosure – and its architecture is very in-keeping with DZG. 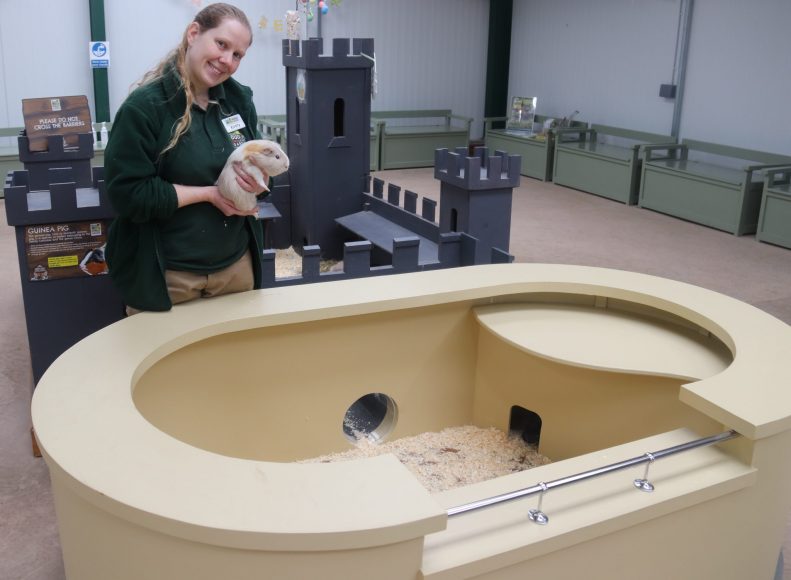 The seven girls – all named after Disney characters – now have a curvy Tecton replica of our meerkat enclosure linked to their castle hideout.

There is a tunnel joining the two structures, which means Lilo (pictured), Mulan, Jessie, Anna, Tinkerbell, Pocahontas and Alice now have a choice of two homes. 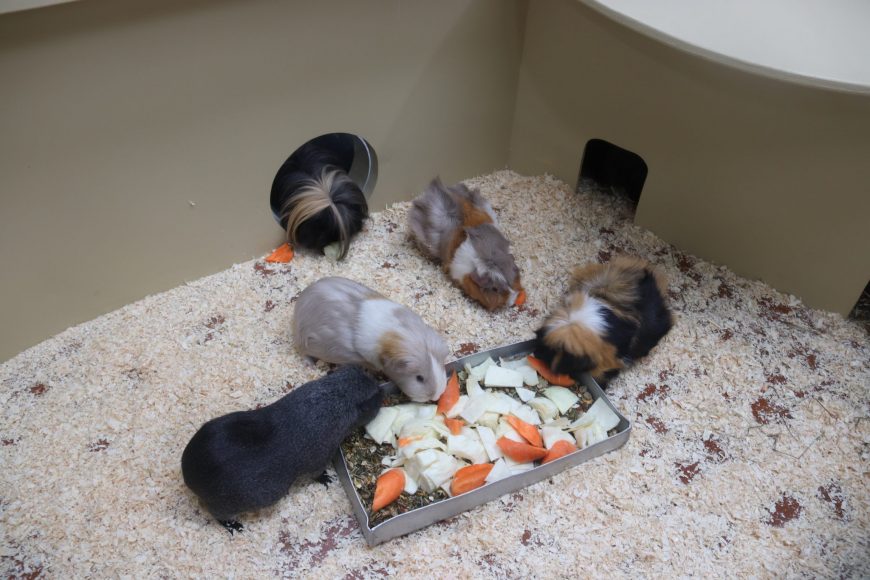 The additional architecture – which is modelled on the curvy concrete creations we have on site – was made by members of DZG’s skilled maintenance team.

Section Leader, Lesley Lewis, said: “Our girls were already living a life of luxury in the castle and they now have a stylish second building with lots more space to explore.

“It looks quite eye-catching when you enter the barn and it’s very appropriate that it matches some of our famous concrete constructions on site.”

The wooden castle home, which went up last summer, was the handiwork of the Senior Citizens Enterprise Woodwork Group, based at Meadow Road Youth Centre in Dudley.

There are 12 Tectons across the zoo site, created by Russian-born Berthold Lubetkin, which are now recognised across the globe after being awarded World Monument status in 2009. They are ranked alongside famous landmarks including the Taj Mahal and Machu Picchu.