We’ve welcomed a chinchilla, two snakes and a bearded dragon to our Discovery Centre. 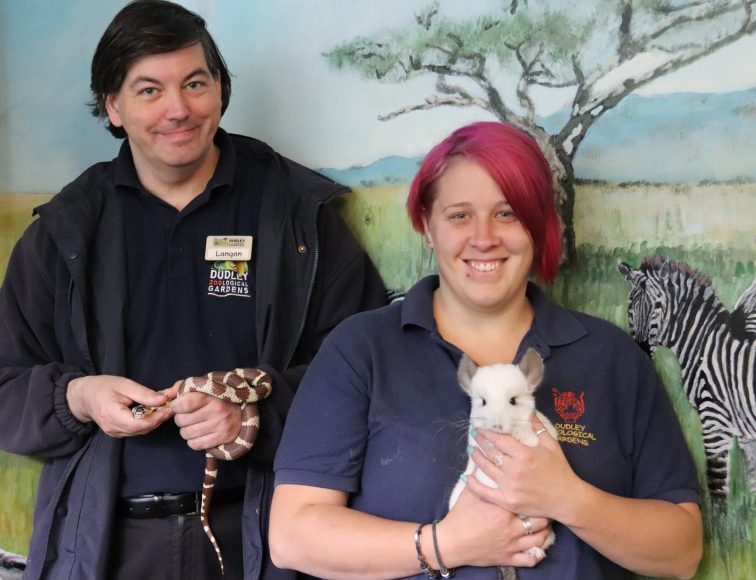 The four new additions – called Blossom, Cortez, Gamble and Blackadder – will be used by Presenters on outreach, school visits, birthday parties and for meet and greets.

Pictured with presenters Heather John and Langan Turner, cuddly white chinchilla Blossom was donated to us by a member of the public and Californian king snake Cortez came from Mablethorpe Seal Sanctuary and Wildlife Centre in Lincolnshire.

Gamble, a corn snake, and a bearded dragon called Blackadder were given to us by an electrical contractor who wanted to rehome them. Blackadder was named after the TV historical comedy as our other bearded dragons are called Bob, Baldrick and Queenie, after characters from the popular series.

DZG Presenter Langan Turner said: “All four newcomers are settling in well into the Discovery Centre and Blossom has already met some of our visitors during a creature feature.

“Cortez is extremely friendly and inquisitive and the others will eventually be used to meet some of our younger visitors.”