Dudley Zoo’s longest serving employee Andy Palmer has just notched up a tree-mendous 40 years as one of our gardeners. 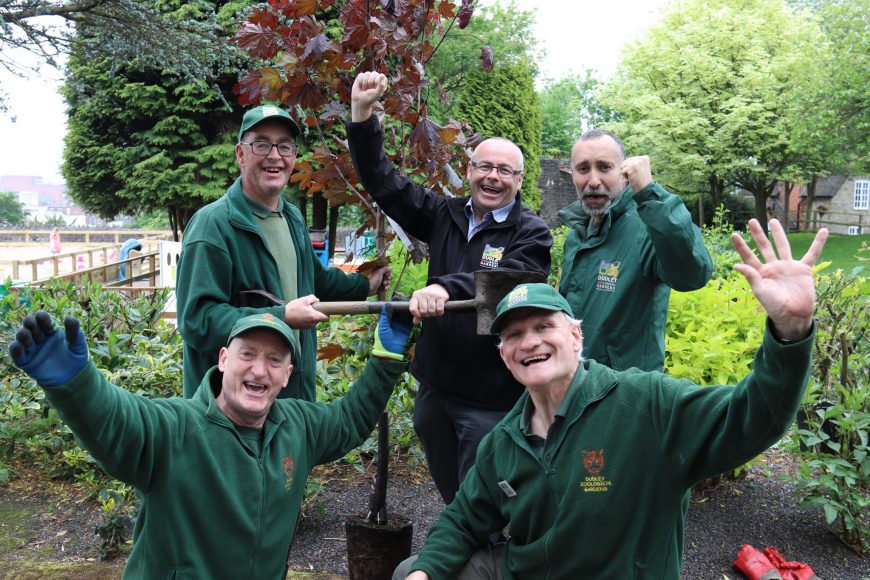 Andy, who still lives in Lower Gornal, was surrounded by members of the gardening team when Zoo Director Derek Grove presented him with £200 in gift vouchers.

The team also planted an acer tree, appropriately called Crimson King for the ruby anniversary, in a border next to the zoo’s new beach in recognition of Andy’s achievement. 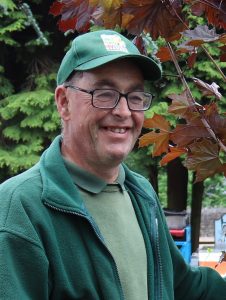 But this wasn’t his first commemorative tree at the zoo. A special silver birch was planted near the red panda enclosure 15 years ago when we marked the 25th anniversary of his employment.

Andy said: “I went for a job at Dudley Council in 1978, straight after leaving school on the Friday and they had nothing going. They suggested I try the zoo, so I immediately came up here and started on the Monday.

“I have fond memories of the elephants being here and have seen a few famous faces on site including Lenny Henry, Status Quo and Katherine Jenkins.

“Over the years it has been wonderful to see all the massive improvements and it’s great to work with such nice staff.”

Derek said: “It’s great when people find a job they enjoy and stay with it. The zoo has changed and adapted over the years and so has Andy’s role. These days keepers, maintenance staff and gardeners work much closer together to give our visitors the best experience possible.”