Our free-roaming Indian peacocks are looking for love and putting on some pretty impressive displays to woo their girls! 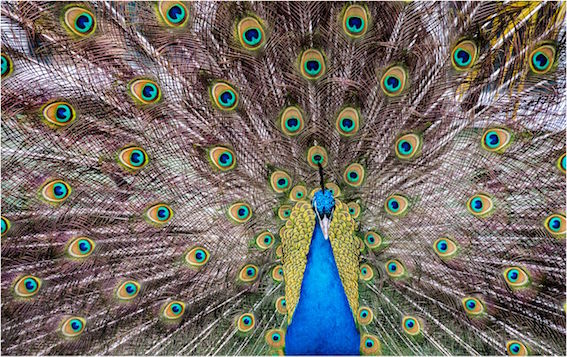 It’s the time of year when the peacocks are busy with their courtship ritual by extravagantly fanning out their patterned plumage for their peahens.

Curator Richard Brown, said: “A peacock train is formed by up to 150 covert feathers, which feature a distinct eye spot, known as an ocellus. 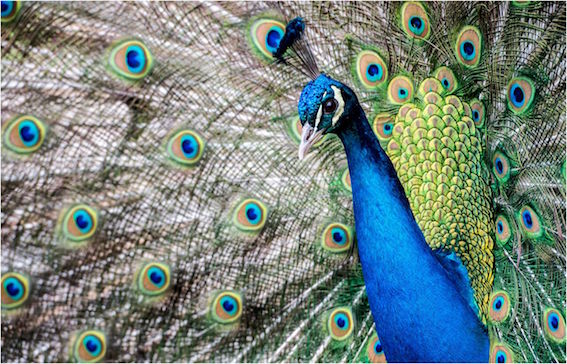 “Every peacock has an individual look and his success depends on their distinct colour pattern of these eyespots and the angle to which they’re displayed. Generally, the more eyespots the better chance he has with the girls!

“There’s something special about seeing a peacock displaying and it always causes a stir when visitors spot it happening on site.” 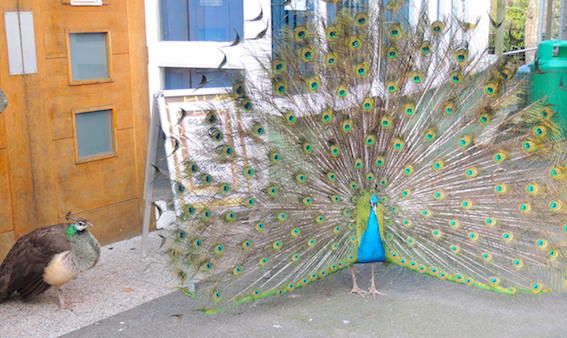 If successful, a peahen will lay a clutch of four to eight eggs in a concealed nest. The eggs, which are incubated only by the female, will hatch 28 days later. 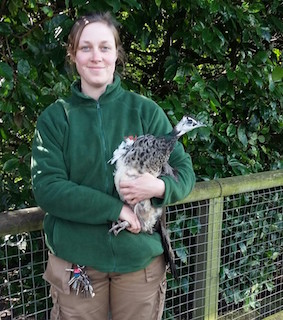 And two new peahens have joined the free-wandering group, bringing the total number to nine.

Keepers recently re-introduced the two youngsters to the 40-acre site. The birds hatched last year and have been cared for by staff while they grew bigger and stronger.

Senior Keeper, Rachel Marson, pictured left, said: “The two peahens are now big enough to fend for themselves, so it was the right time to re-introduce them to the group.”

The peafowl can regularly be seen wandering around the site  particularly around the Queen Mary Restaurant, so keep your eyes peeled the next time you’re on site!