When it came to describing their DZG Keeper for the Day experience two Swindon pals had just one word  AWESOME! 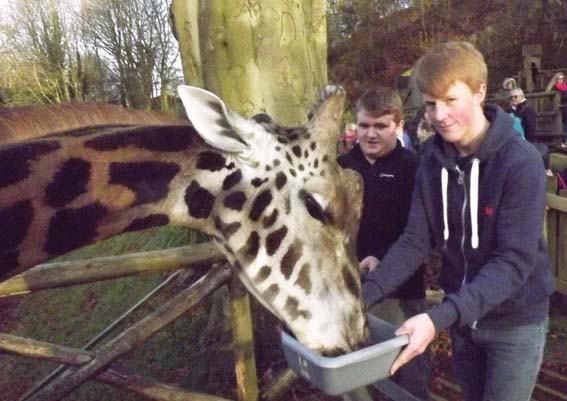 Animal mad Zac Wright was treated to the special day for his 15th birthday and brought along his friend James Mackenzie, also 15, to share the experience.

The pair, from Cricklade, had a wonderful day mucking out, feeding and meeting a variety of the site’s animals including big cats, birds and primates.

Zac’s dad Nick Wright said he knew it would be the perfect present for Zac who wants to go into animal husbandry when he is older.

He said: “The word they both came back shouting after the experience was ‘awesome’.

“They both had a great time and the tapirs were a big hit. They also said the zoo keepers were friendly and knowledgeable and made the day extra special.”

Mr Wright said they chose DZG’s Keeper for the Day package as it offered a full day getting close to some of the world’s rarest species and allowed younger visitors to be very hands on.