We’re celebrating the birth of another reindeer at DZG, making this August arrival even rarer than little Sunflower’s July one! 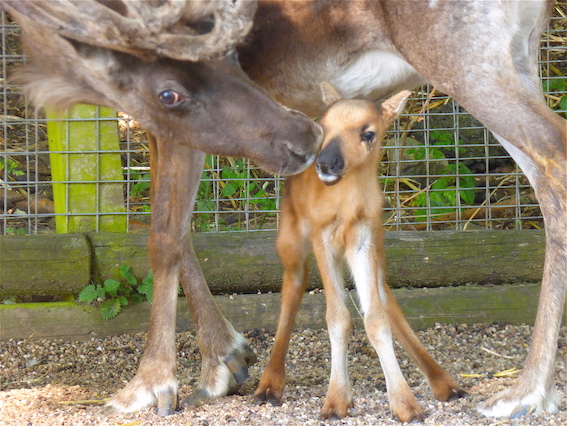 In another week that’s set to be a scorcher, 12-year-old Blizzard gave birth to a calf on Sunday, delighting keepers who had suspicions more babies were on the way!

Keeper Holly Clayton-Wright, said: “The baby is lovely and is feeding well and mum is also being really attentive.

“Blizzard was keen to get outside but is sensibly keeping the newborn in the cooler shade and out of the direct sunshine.

“We haven’t managed to sex the baby yet, but it’s lovely that Sunflower will have a playmate.” 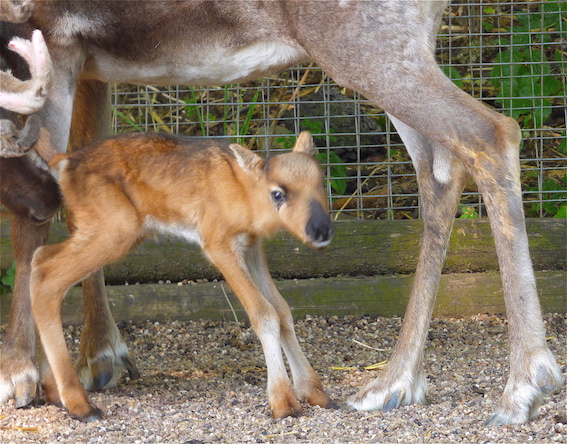 The out of season appearance comes four weeks after the arrival of big sister, Sunflower, who was born on July 19 to mum, Lily, (who also happens to be Blizzard’s daughter) which at the time was recorded as the hottest day of the year.

Usually calves are born around April / May time following a gestation of seven months so births in the summer are fairly rare.

Dad to both youngsters is four-year-old alpha male, Ghost, who only came to DZG in December after relocating from the Scottish Deer Centre in Cupar, Fife and obviously got straight down to business after meeting our girls, despite rutting season normally being around September time.

Watch the newborn in the video below…

Previous: Waste not, want not!
Next: Roarsome donations!