Just six days to go until the DZG-sponsored dress rehearsal of Jack and the Beanstalk at The Grand Theatre in Wolverhampton, and we’ve given away more than one thousand free tickets to local organisations, clubs, schools and charities across the region to join us at the panto! 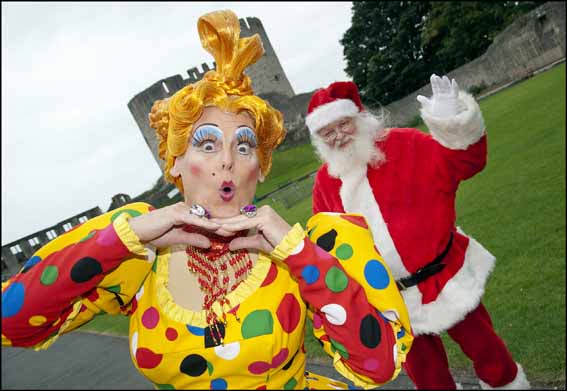 Those lucky people will be our guests at a fun-filled evening on December 7 to see a fantastic show starring family favourites Keith Harris and Orville, Sherrie Hewson and Ken Morley, plus the one and only dame with a difference, Nigel Ellacott. 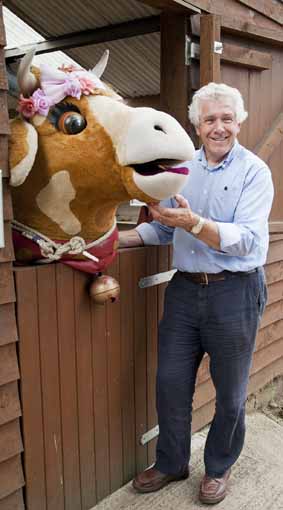 Nigel, who plays Dame Trott in the panto, popped on site today for an early morning peek at our Jack and the Beanstalk-themed Santa’s Grotto and said hello to staff in our Magical Winter Wonderland, launching next Wednesday, December 5 and running until Christmas Eve.   He also had a chat to keepers on the Farm.   Nigel explained:  “I’ve had a few problems with Daisy the Panto Cow, who seems a bit off her food at the moment, but keepers at the Farm have been very kind and reassured me that it’s probably first night nerves and she’ll calm down once she gets used to the routine.”   “She seemed to be quite at home in the Farm barn, but I made it very clear she’s a working girl and it’s The Grand life for her for the next few weeks!”

BELOW: Keith Griffin, of DZG’s Maintenance Dept, makes sure Daisy arrives back at The Grand in style. 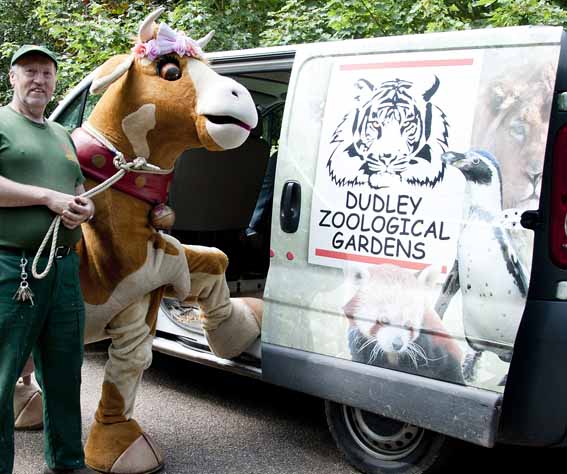