He may be called Ghost, but there’s no chance of not being able to see our alpha male reindeer at the moment! 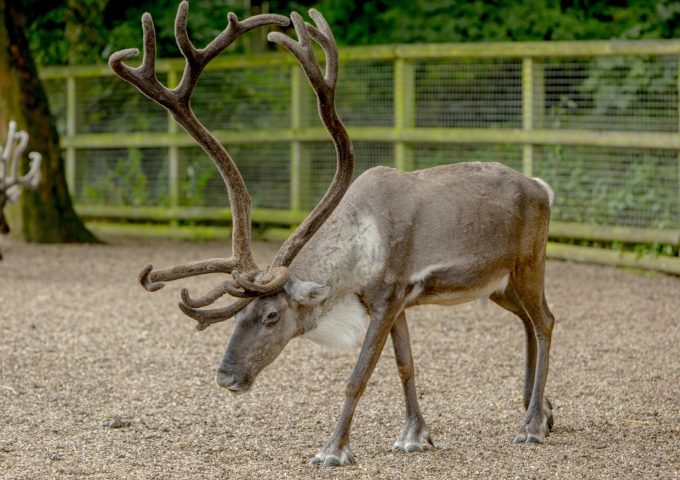 As the four year-old is sporting some pretty impressive headgear!

Section Leader, Jay Haywood, said: “Male reindeer typically have bigger antlers than females, but we’ve never had any as big as his at DZG. He certainly can’t be missed in the paddock.”

When the antlers are growing they have a blood supply and are covered in a velvet material. Once they are fully grown, they harden into bone and the blood supply stops before the velvet begins moulting off – which is what’s happening now.

Males typically shed their antlers around October / November time, as they use them during the rutting season to fight other males for dominance, while females don’t tend to lose theirs until the summertime, as in the wild they’d use them to scrape away snow during the winter months as they hunt for food. 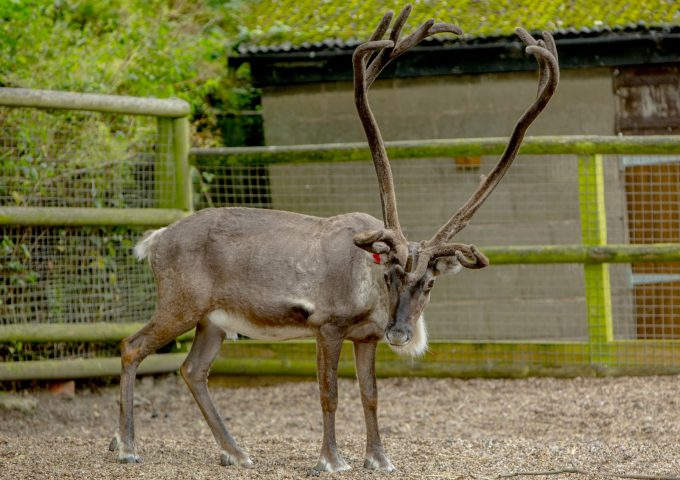 Every year both sexes will regrow a new set, with the shape and size different each time.

But we don’t waste anything here and dropped antlers are no exception.

Jay added: “Our rodent species love gnawing on them and not only are they good for their teeth, but they are also very nutritious, being a valuable source of calcium, mineral salt and protein.

“We give pieces of them to our red squirrels, rats and porcupines, but I think we’ll probably keep Ghost’s antlers when they drop as a biofact, for possible use in educational sessions, as they really do look quite striking.”