We’ve got exciting news as we’ve had the first rare black lemur birth at DZG in over a decade.

And it’s extra special as we play a key role in the conservation battle of the vulnerable species, as we’re the European Endangered Species Programme (EEP) studbook holder for the entire European captive population. 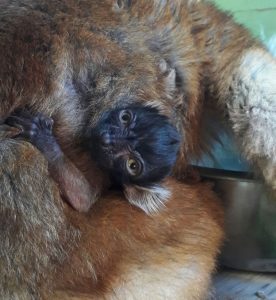 The newborn was born to first-time mum, Barbara and dad, Bryan on May 15 and keepers are delighted with the arrival.

Curator Richard Brown, who runs the studbook by making recommendations for exchanges or breeding pairs to keep the gene pool viable, said: “This is fantastic news not only for DZG, but for the captive population as a whole.

“Six year-old Barbara arrived from Bioparc Fuengirola in Spain in November, to join our 11 year-old resident male, Bryan as together they make a very important genetic pair.

“She’s only been here just over six months, but must have made an impression on Bryan almost immediately!

“Mum and baby are both doing really well, so we’re thrilled, especially as this is the first black lemur baby we’ve had at DZG since 2006.”

Gestation is typically 125 days and the baby will be imperative to the continuing gene pool of the species and will be paired and moved to another collection in the future.

There are currently more than 50 animal collections from around the world signed up to the studbook, with 210 individual black lemurs. 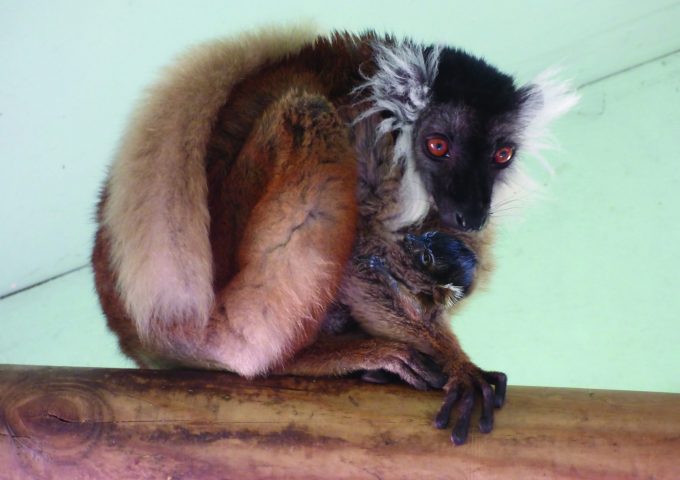 Keepers are yet to confirm the baby’s sex as the grey-coloured youngster will cling to mum for the next few weeks, but will reveal its own gender in time, as only males have black fur and females develop their characteristic brown colour after a few weeks.

A threatened species, they’re only found on the north western tip of Madagascar and a few outlying islands in the wild and are hunted for food and the pet trade.

The newborn can be found in our one-acre Lemur Wood walkthrough exhibit, alongside our free-roaming ring-tailed, collared and black-and-white ruffed lemurs.