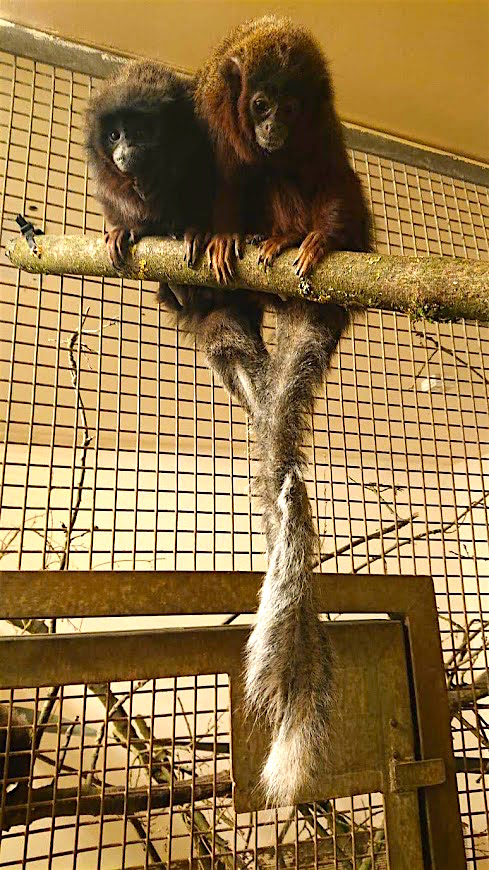 Tilda, aged four, has recently been paired with ten year-old Frank following her relocation from La Vallée des Singes in France and the couple were spotted tail twining within days!

Senior Keeper Sian-Leigh Simner, who captured the pair on camera, said: “Adult titi monkey couples are monogamous and entwine their tails to bond in a sign of affection for one another, so it was lovely to see Frank and Tilda behave in this way so quickly.”

This is the first time we’ve held a pair of titi monkeys at DZG which has enabled us to join the European breeding programme, so we’re hopeful for tiny titis soon!

The pair have been temporarily moved into the indoor lynx enclosure (which the lynx have vacated!) to form a mixed exhibit with our pair of 13 year-old Goeldi monkeys, Francisco and Santiago, who have been off-show in the primate house, while a new exhibit will be built for the small primates in place of the tortoise enclosure in the coming weeks.

Previous: Jordan’s a cut above!
Next: Planting for primates