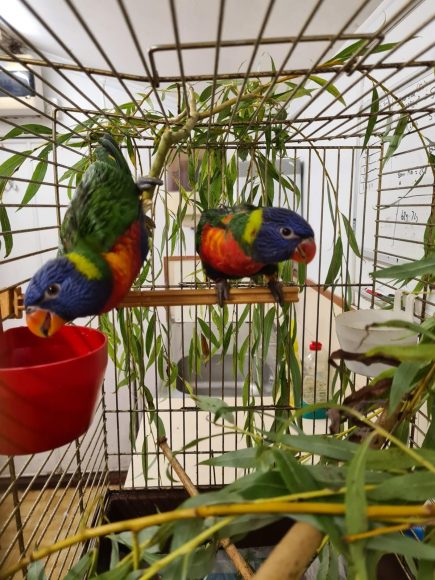 Our bird team are delighted with the arrival of two new additions to the zoo’s lorikeet flock, but their start in life couldn’t have been more different.

It’s been a busy few months for keepers Nicola Wright and Kriss Pearson, who have been playing mum and dad to Jellybean after finding an intact egg on the floor of the overnight lorikeet house.

Taking the decision to hatch and hand rear, keepers popped the egg into an incubator and waited for hatch day! 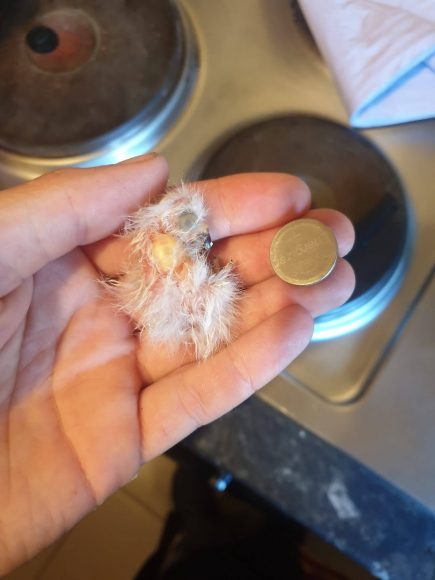 Section Leader Nicola Wright, said: “The chick weighed only 5g and was barely the size of a pound coin.

“It needed feeding at two hourly intervals between the hours of 6am until midnight, which meant the chick either went home with Kriss or myself during the night in a brooder to keep it at a constant temperature, or we arranged late night and early morning returns to the zoo for us to spoon feed Jellybean with a specialist hand rearing formula.”

As the weeks continued, keepers began thickening the liquid formula, as well as gradually decreasing feeds, until Jellybean began eating solids and feeding itself. 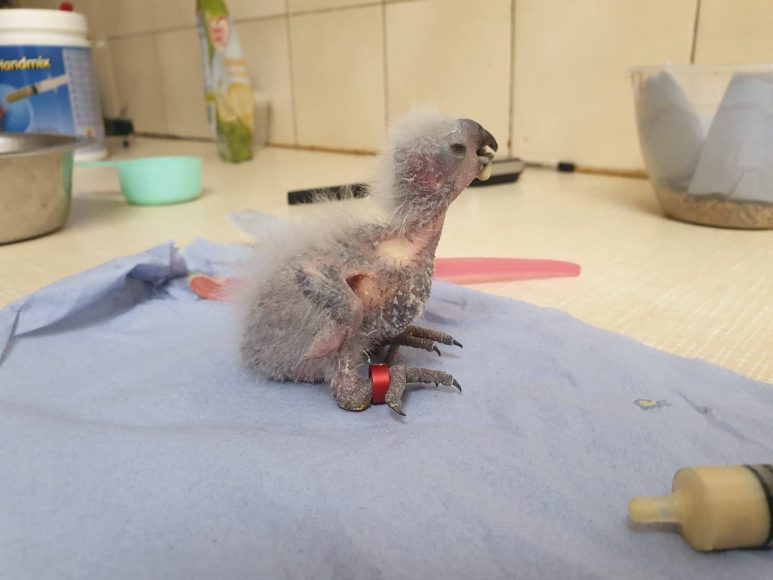 Nicola added: “The chick had a really good feeding response straight away, even when it had its eyes closed for the first ten days and when the time came, it also instinctively starting to eat solids itself and is now feeding the same as our other lorikeets, who have a diet of nectar and parrot food.” 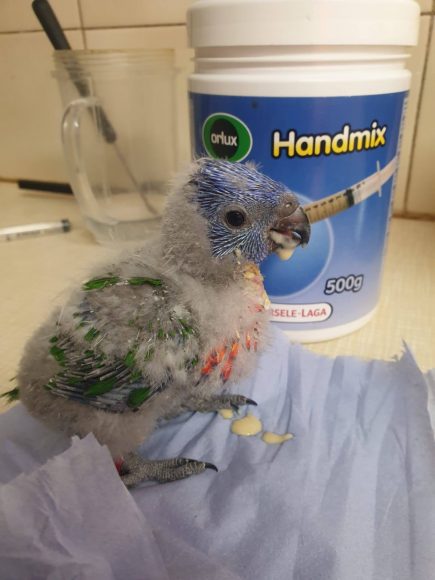 Meanwhile during the same time period, in the off-show den of Lorikeet Lookout, keepers noticed a pair of young birds were starting to nest themselves and after a few weeks they heard the familiar sound of a chick calling for food from its parents.

Nicola said: “Other than minimal interference from staff to carry out a health check and ring the baby, this chick, named Sherbet by the team, has been successfully reared by its parents and is also making great progress.”

Keepers have now paired Jellybean and Sherbet together in the off-show rearing room, where they hope parent-reared Sherbet can teach Jellybean how to behave as a lorikeet, as well as hand reared Jellybean reassuring Sherbet that humans aren’t too scary!

Once both birds have been DNA sexed and received all their necessary health checks, keepers will introduce them to the rest of the flock in Lorikeet Lookout and in time, to zoo visitors.

Nicola added: “We’re always happy when there are new additions to the flock. Hand rearing a lorikeet was a great learning experience for us, but also a wonderful privilege too.”

Previous: Leaf it out!
Next: Donate to DZC in lieu of cards