DZG Presenter, Becky Iwahashi, spread the native species message to thousands of visitors as part of the BBC’s Summer of Wildlife event.

Joining a host of BBC presenters in Sutton Park, Becky was on hand to talk about Britain’s fabulous fauna and flora as well as show off a variety of feathery, furry, scaly and slimy native animals from DZG’s collection. 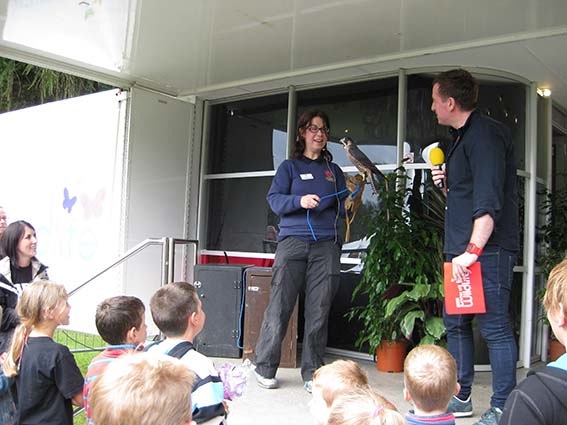 Becky said: “The event went really well and I met loads of lovely families who were really interested in finding out more about British wildlife.

“People were really keen to get up close to the birds of prey we took along and our harvest mice went down really well with visitors as well.

“I also got the opportunity to go on stage and tell people about all the conservation work we are doing here at DZG with native species.

“It was a really fun day and hopefully people went away inspired to do more to help native wildlife.” 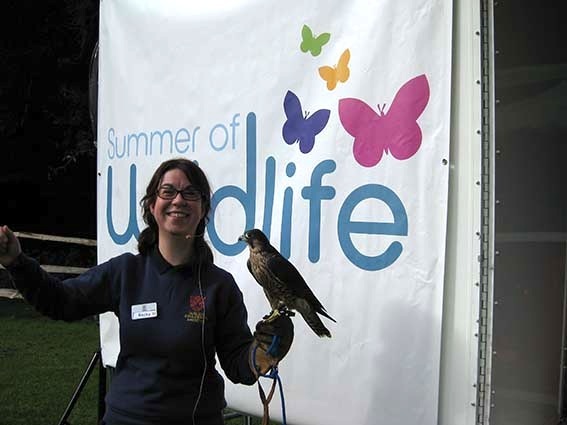 In addition to the animal talks which ran throughout the day, visitors were also able to test their own wildlife knowledge against the BBC presenters, try their hand at wildlife TV presenting, as well as meeting BBC camera and sound experts who revealed the secrets of wildlife filming.

BBC Producer, Summer of UK Wildlife, Terri Sweeney, said: “We want to re-iterate our heartfelt thanks to the Dudley Zoo team who helped make the BBC Summer of Wildlife event such a success at the weekend.

This was our final Summer of Wildlife event, and we ended on a high note due to the great activities and animals to discover.”