More than 600 people enjoyed a spooktacular evening in the heart of Dudley Zoological Gardens as part of our first open-air cinema event. 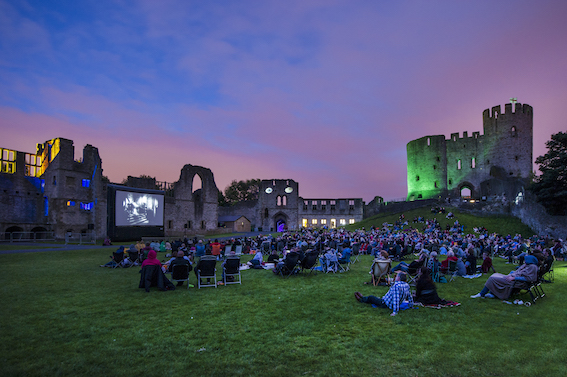 Joining forces with Flatpack:Assemble we transformed the 11th century Dudley Castle courtyard on Saturday evening for the screening of the 1935 horror film, The Bride of Frankenstein, which was directed by local lad, James Whale. 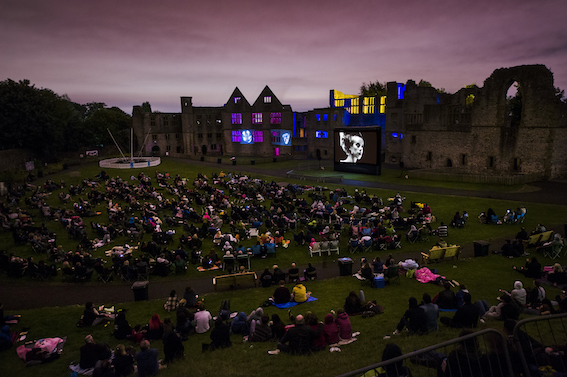 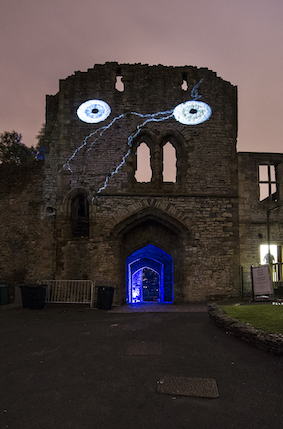 As well as watching a short horror movie made by Dudley College students, guests were also entertained with spooky sounds and ghostly projections on the castle’s ramparts, which were also lit up in different colours for the night.

Zoo Manager, Matt Lewis, said: “We were happy to work alongside Flatpack: Assemble to bring Bride of Frankenstein to Dudley Castle, which is reportedly one of the most haunted sites in the country and we were delighted with the event’s popularity.

“Hopefully we can join forces again in the future on similar projects.”

Ian Francis, Director, Flatpack: Assemble, said: “We couldn’t have found a more fitting venue for Bride of Frankenstein than Dudley Castle. There’s a real passion for film across the Black Country and we hope the success of this event will lead to more pop-up screenings in the future.”

Previous: Sign up for animal adventures!
Next: A roarsome day!