Reptile keepers had to make a snap decision when they discovered our paired West African dwarf crocodiles were a different sub-species. 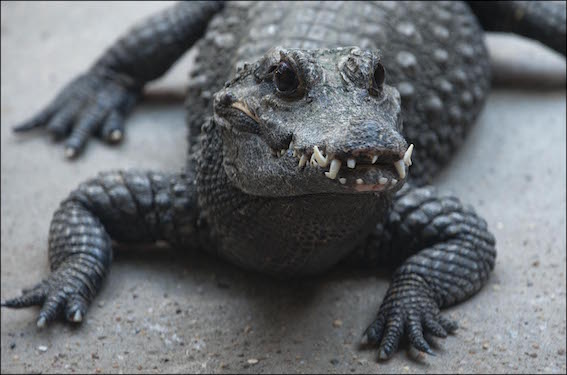 Janet and Danzo, were paired for mating two years-ago, but have now been separated as staff organise new mates for the duo  with Janet set to be swapped with a female from France.

Zoo Director Derek Grove, said: “Following genetic and scientific research by studbook keepers, we were informed our two crocodiles were actually different sub-species, which we were completely unaware of before.

“As soon as we were told we separated the pair and wheels are now in motion to swap Janet with a female from a French animal collection, so that we can pair Danzo with the new arrival and Janet will join the male in France.

“This will ensure the captive population is kept genetically pure rather than mixed, which would have happened if we had carried on with this pairing.”

While the animal transfer paperwork is being sorted, staff have moved Janet into the adjacent enclosure in the Reptile House.

Keep an eye out for updates on the new arrival!

Female West African dwarf crocodiles typically lay up to 20 eggs once a year in a nest which is built out of rotting vegetation  a natural way to keep the eggs warm. Incubation lasts between 80  110 days.