We had the most exciting discovery during our first ever overnight bat survey as we recorded a rare Lesser horseshoe bat – and we’re the first in the West Midlands to do so! 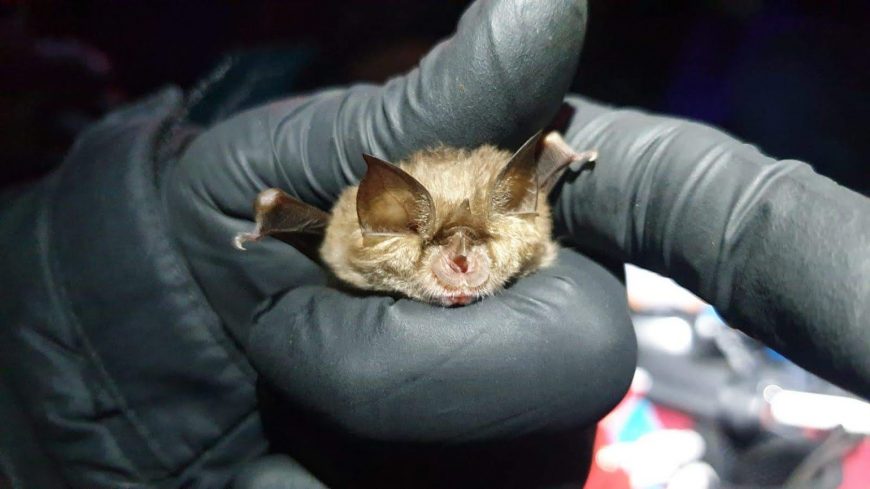 DZG Conservation Officer Chris Leeson said: “This native species is really difficult to catch as all other bats are quick flyers, but this one can slow right down and change direction to avoid our traps. We’ve managed to record their vocalisations in the past, but we’re really excited to finally catch one and confirm we have them living on site.”

Using specialist detecting equipment, Brumbats, which holds the licence to be able to carry out this research work, catch the bats in harp traps and mist nets before carrying out a number of checks including weight, size and sex, as well as taking mouth swabs for a DNA sample before letting them go.

A temporary chalk mark on their back leg also allows them to be easily identifiable if they’re recaptured the same evening.

Chris added: “Lesser horseshoe bats are quite prevalent in the south west of the country, but little is known about why they’re this far north, whether it’s down to people not recording them or are they being pushed this way because of climate change. Either way, it’s our job to preserve them.”

We’ve been trapping and recording bats living in the zoo site’s two underground limestone quarry openings for the last two years and we’ve identified nine different species. All our findings form part of a bigger project across the Black Country and Birmingham and our results are also being used towards a PhD at the University of Wolverhampton.

And we recently received an award for our bat work from BIAZA (British and Irish Association of Zoos and Aquariums), which celebrates outstanding achievements in the zoological world.

Thanks to BrumBats Chair, Morgan Hughes, for the photo!

Previous: Something different underfoot!
Next: Another rare birth