We’re delighted a female grey-capped emerald dove is proving a perfect pairing for our male. 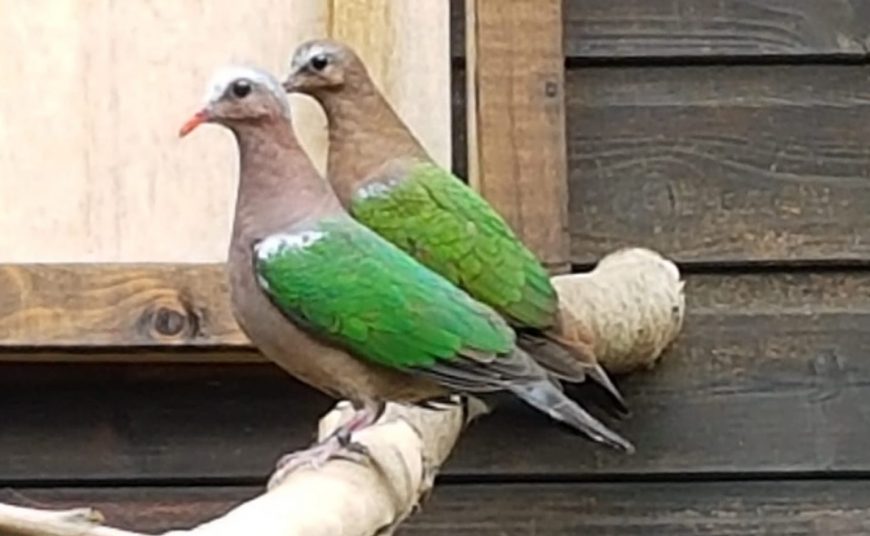 Bird keepers at DZG are now hoping the successful match could mean the colourful couple go on to breed next year. 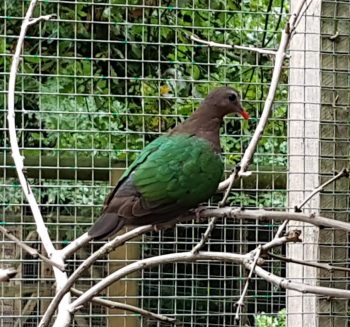 The male came to us in March from Waddesdon Manor in Buckinghamshire and the female only arrived six weeks ago from Banham Zoo in Norfolk.

Head of Birds Nicola Wright said: “The doves are a beautiful green colour and have paired together nicely.

“They are on show in the fourth aviary near the kangaroos and hopefully they will go on to breed next year.”

The grey-capped emerald dove is a member of the pigeon family. Males perform a courtship dance by depressing the head and back, raising closed wings and tail, to create an impressive show of his green plumage and all while cooing loudly and bobbing.

They are found in dense forest in south east Asia and northern and eastern Australia. Numbers in the wild are thought to be declining as, due to their beautiful colouring and markings, emerald doves are captured for the illegal pet trade.