We’ve welcomed a brand new species to DZG and what a beauty she is –  meet Romy, our female Giant Anteater! 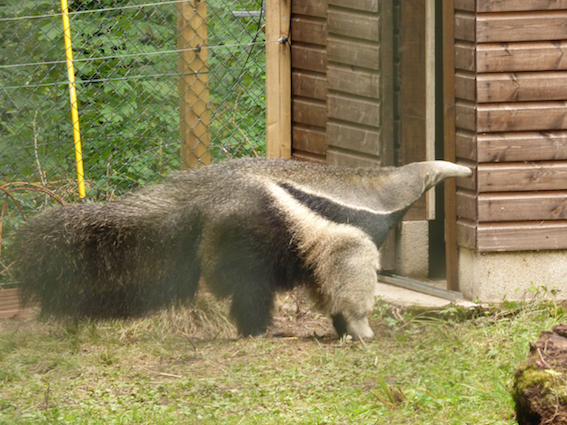 The 11 month-old arrived last night from Olomouc Zoo in the Czech Republic and it’s the first time we’ve held the unique mammal in our 79-year history.

“We’ve wanted anteaters for a long time and as a lot of visitors mistake our Brazilian tapirs for anteaters, they can actually see them now too and notice the differences. 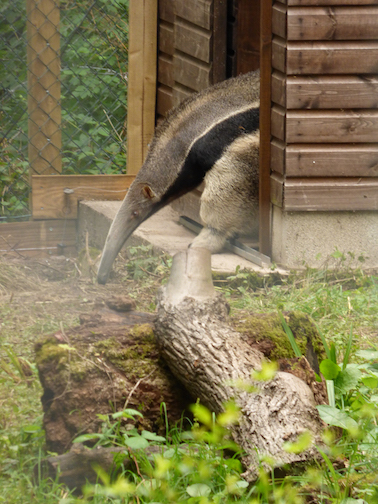 “And as we approach the zoo’s 80th anniversary next year, it’s great to still be bringing in new animals and be involved in even more conservation programmes.”

Romy took her first steps out into her new paddock, located opposite the barbary sheep, this morning, which staff have been busy preparing for the last few weeks.

A distinctive solitary species, found in the tropical forests and grasslands of Central and South America, anteaters have no teeth and use their long tongues, which can project more than two feet, to eat up to 35,000 ants and termites a day in the wild.

However captive anteaters eat a gruel supplement mixture packed full of meat, maize, fish oil and vitamins and minerals, which we’ve had to order in specially for Romy to enjoy.

Richard added: “Romy has joined us as part of a European Studbook programme and we’re hoping a suitable male will join her in the future.” 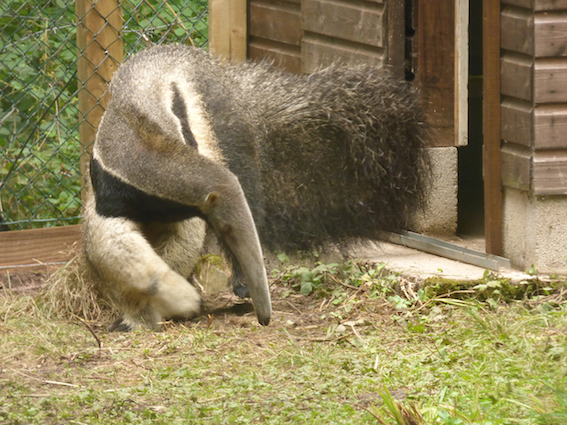