Our black howler monkey brothers, Tyson and Shelby, have jetted out of DZG for a new life together in Israel! 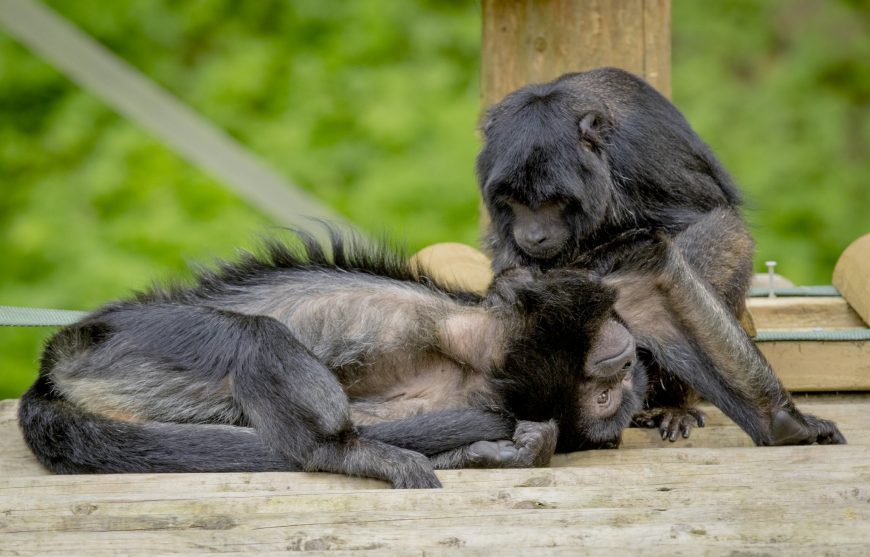 The siblings who were both born here at DZG have relocated to Jerusalem Biblical Zoo as part of an international breeding programme.

Five-year-old Tyson and Shelby, aged four, have joined a group where it is hoped Shelby will become the alpha breeding male.

The brothers left the zoo earlier this month, flying to Tel-Aviv from Heathrow Airport, before making the final part of their journey to their new home by road.

The pair’s departure leaves us with two howlers – mum and dad, Avyanna and Dargie, following the move of oldest sons Arie and Becks last June to Zoo du Bassin d’Arcachon in France.