DZG’s Yellow-breasted capuchins had a lot of bottle as they investigated their latest enrichment. 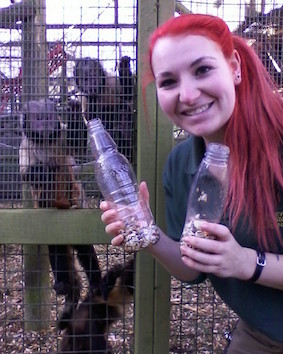 Primates Keeper Jade Reddall gave the eight monkeys plastic bottles containing live mealworms and seeds and left them to their own devices!

Jade, pictured right, said: “I removed the plastic lids and cap ring and added the bottles around their enclosure, so once they discovered them they had to work out how to get the food out the narrow bottle neck.

“They were certainly a hit and were banging the bottles on the climbing frame; it was quite noisy as they were also jumping up and down as they shook them.” 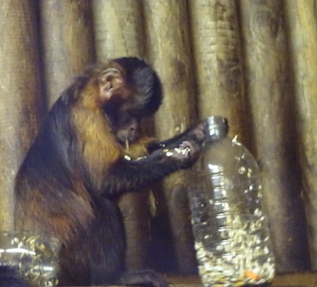 Keepers also noticed a gender difference in how the capuchins tackled the treats. 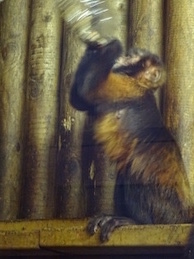 Jade added: “Holly was very ladylike in her attempts to get the treats and quickly worked out how to tip the bottle up directly into her mouth.

“Willow on the other-hand decided he would simply bash the bottle on anything and everything, which wasn’t necessarily the fastest way to get them out.”

See the capuchins in action below in phone footage captured by Jade.