Dudley Zoo’s very own Spider-Girl rode her motorbike to work with a pile of passengers on board – around 100 baby spiders to be precise. 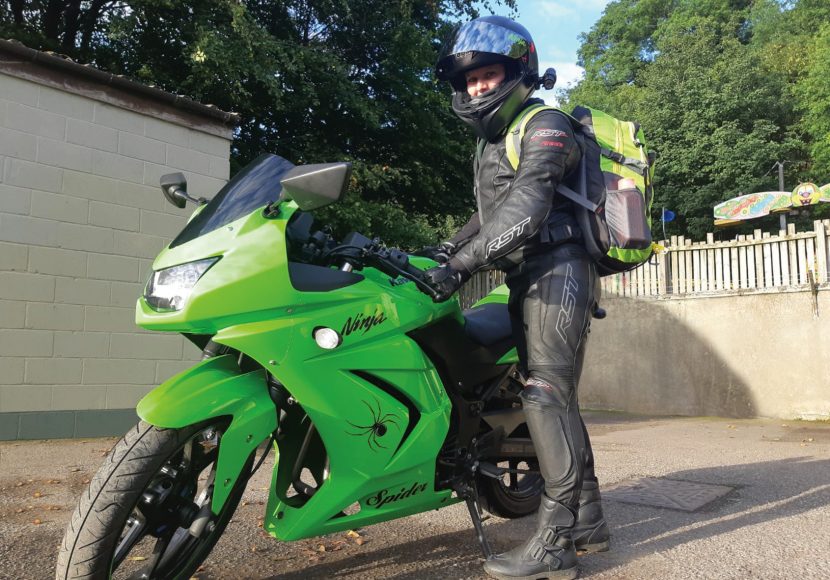 Trainee Keeper Sarah Redding, who is nicknamed ‘Spider’ by her friends and lives with 26 arachnids in the bedroom of her Sutton Coldfield home, donated the egg sac from her own Regal Jumping Spider named Dolly to the zoo. 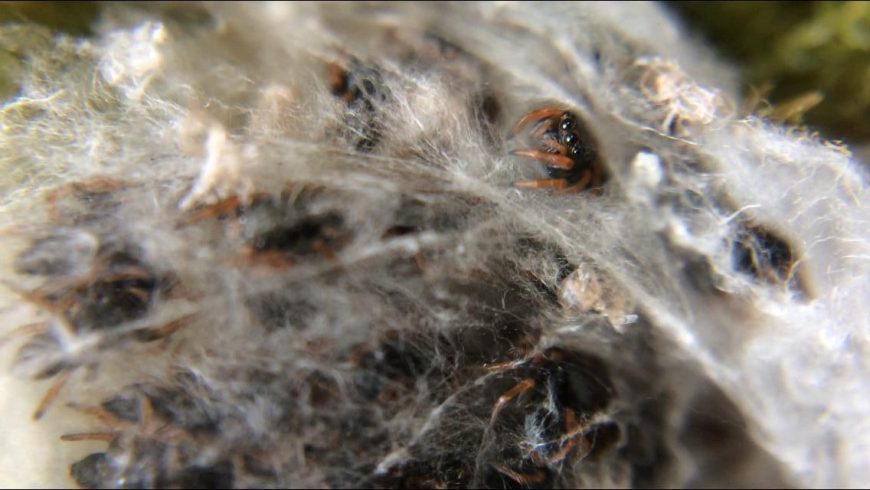 Before setting out on the 16-mile journey, the 42-year-old tarantula-mad keeper had carefully put the sac containing the spiderlings in a ventilated plastic pot inside her backpack and lodged them in place with a sweater. 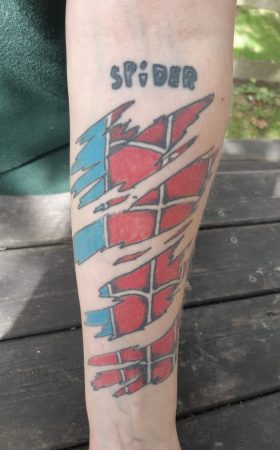 Sarah, who has four spider tattoos including one to look as if she has a spider suit underneath her skin, rode her bright green Kawasaki motorbike – also named Spider – to the zoo where the babies are now right at home inside the Farm barn. 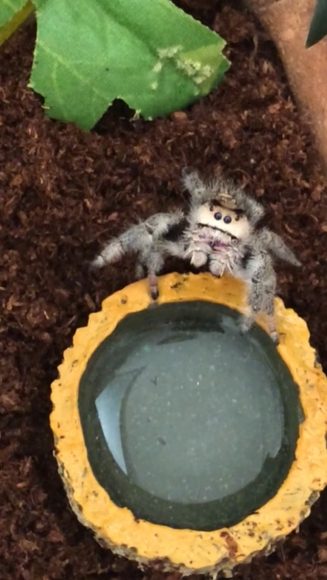 She said: “The spiderlings were still in the sac when I brought them in and hatched about a month later. Senior Keeper Lesley Lewis counted 89 hatchlings but there were still a few in the egg sac at that point so I would guess I’d brought in around 100 little ones.

“I have 26 spiders in tanks in my bedroom but had no idea Dolly (pictured) was pregnant when I got her.

“We’ve never had Regal Jumping Spiders at the zoo before so I thought it would be something different for our visitors to see.

“They have been eating fruit flies and as they have developed and left the sac we have kept a video diary of them to see their progress.” 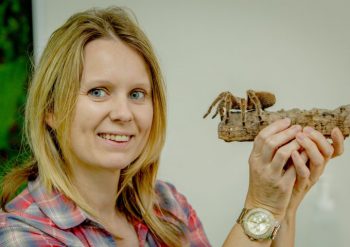 Sarah, who became obsessed with her eight-legged friends about 20 years ago, said she couldn’t understand why people, including her own family, were frightened of spiders and recalled being fascinated by them as a little girl.

She said: “I got to my late twenties and couldn’t stop thinking about spiders and wanting a tarantula. The feeling never went away, and even after buying my first one for £25 and learning more about looking after them, I kept wanting more and more.

“My mum said when I was a baby I became fixated on a spider who was scuttling around the room and I can remember as a youngster being excited at discovering spiders in the garden. It must be something I’ve had since I was little.”