Dudley Castle has become a focal point for the town’s forthcoming Remembrance Day commemorations as a cascade of red poppies flows from the keep. 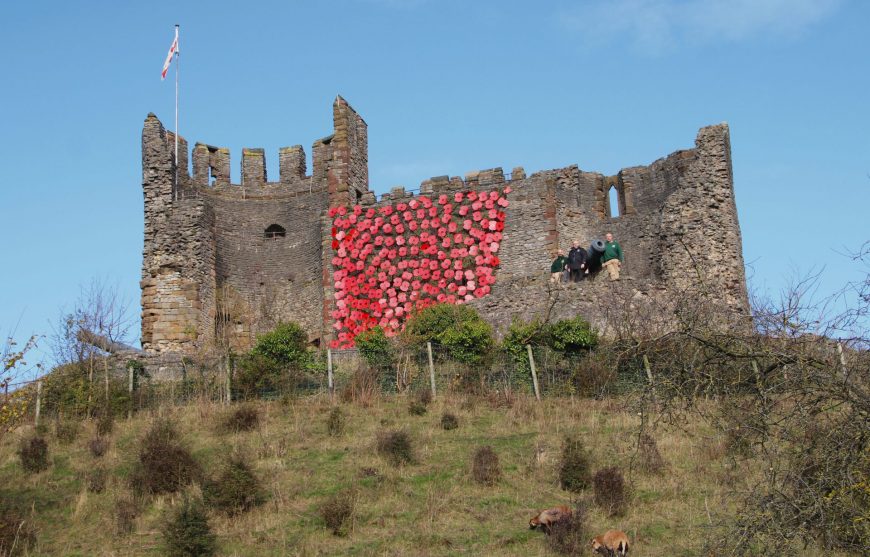 A 16 x 12 metre cargo net, filled with large weather-proof poppies, has been positioned from the top of the 11th century keep, falling to the castle cannons on the ground below.
The poignant installation, which will be in place until 22nd November, will be able to be viewed for miles around.
The memorial has been organised by local community group, Dudley Remembers, who invited people to sponsor a poppy in support of the 100th anniversary of the Royal British Legion.
Previous: Discount for December!
Next: Letters from Rudolph