Christmas came early for DZG after we welcomed our 300,000th visitor for 2016 through the turnstiles – our best yearly visitor figures in over 30 years. 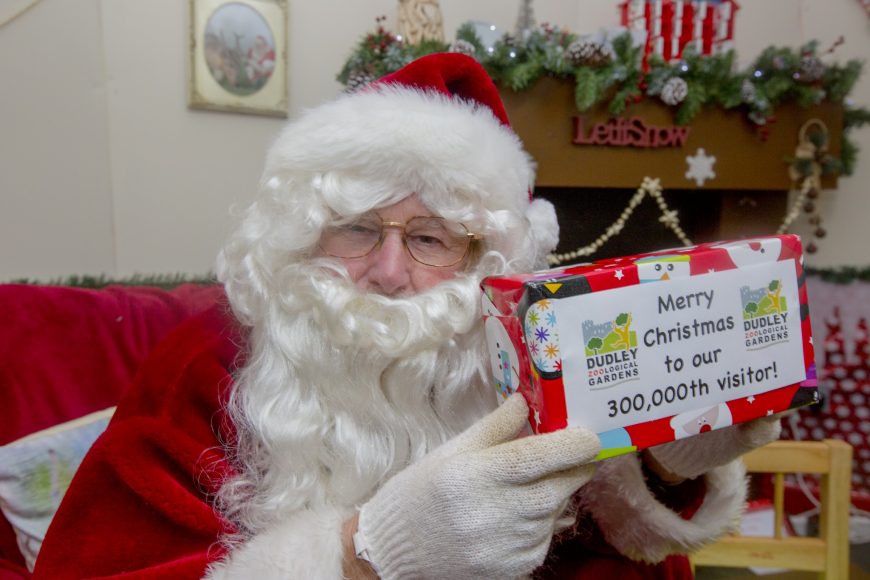 We hit the momentous milestone on Saturday and zoo bosses are delighted with the numbers, which are ten per cent up on last year.

Zoo Director Derek Grove, said: “It’s been an incredible 12 months and to hit 300,000 before the end of the year is an amazing early Christmas present for all staff.

“We haven’t seen these kind of figures in over three decades and just ten years ago in 2006 we saw 165,000 people visit, which we’ve almost doubled.

Derek added: “During the last 12 months we’ve invested heavily across the 40 acres, opening a new lorikeet walkthrough exhibit, macaques on the bank, a refurbished flamingo enclosure and a black howler monkey exhibit and giant anteater enclosure, plus we’ve introduced new animal species for DZG, which in turn have all enhanced our visitor experience.

“In addition to the animals we’ve had a very busy three weeks on site for Santa’s grotto in Dudley Castle and we expect to break last year’s record by Christmas Eve.

“From everyone at DZG we’d like to say thank you to everyone for their continued support and we look forward to breaking even more records next year during our 80th year.”