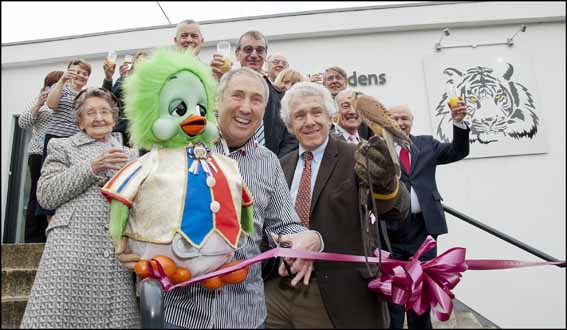 Ventriloquist Keith Harris and his cheeky fluffy duck, Orville, cut the ribbon yesterday morning in front of the £200,000 building.

VIPs, Trustees and members of staff cheered as the complex was declared well and truly open.

The 2,650 sq ft complex, which includes offices for Administration, Finance, Research and Marketing staff, plus a conference room and archive department, was created following a six-month refurbishment of the Tecton Safari Gift Shop and its listed 1960’s extension.

The programme has been wholly funded by DZG. 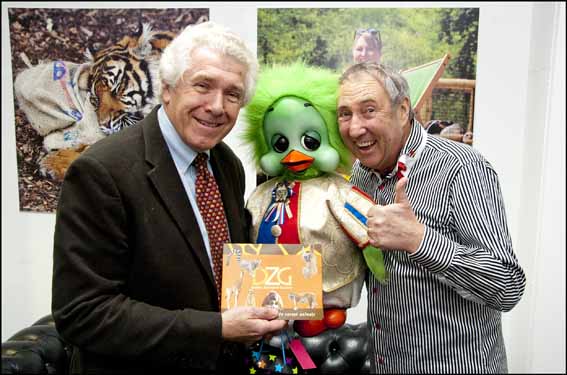 DZG CEO Peter Suddock  pictured above with Keith and Orville  said: “It’s wonderful to have such offices to represent a world class organisation and the close proximity to the zoo makes it so much easier for staff to run the business.”   Staff made the move from the zoo’s former offices, in The Broadway, over several months and have now fully settled into the new suite which has direct access to the Safari Gift Shop and to the site’s lower zone and offers adjacent car parking for visitors to the complex.

Mr Suddock added: “This heralds a a major redevelopment programme for DZG and we’re all very excited. It’s fantastic to see investment across the whole site, particularly the car park and entrance area. Much of the design is in direct response to customer feedback  we listen to what our visitors tell us and we just know they’re going to love the plans.”

Mr Suddock said he was very grateful to Keith Harris for giving his time to perform the opening ceremony.   He said: “Heartfelt thanks go to Keith for finding time in his busy schedule to fit us in. We met when Keith, who is appearing in Jack and The Beanstalk at The Grand Theatre, Wolverhampton, visited the site for promotional shoots when DZG sponsored the show’s dress rehearsal.   “He was really interested in our work and volunteered his time for the opening for which we are immensely grateful.”   Keith will be presented with an adoption pack for a bird that, like Orville, can’t fly  a rare Humboldt penguin, called Arkwright.   Keith said: “I was delighted to be able to help out, it’s a great place and the new offices are superb. Orville had a fantastic time meeting lots of new friends and he can’t wait to see his new adopted penguin, Arkwright – we’ll be back!” 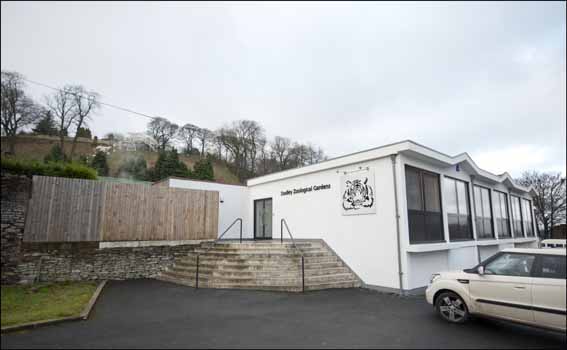