In summer 1938, a miniature railway was opened on the lower section of DZG. 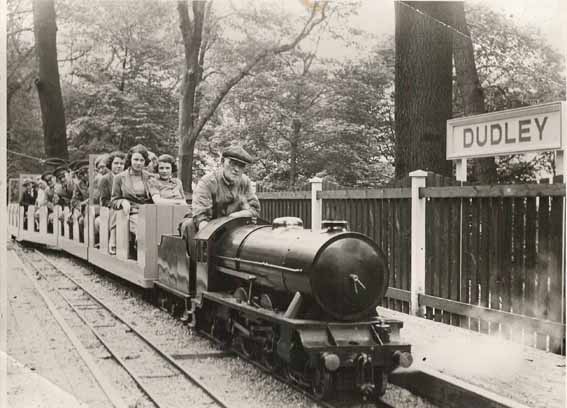 Costing £2,000 the tiny locomotive took its first journey in June and was built by G& S Light Engineering, of Stourbridge, with the two engines named Lady Sonia and Sir Richard. 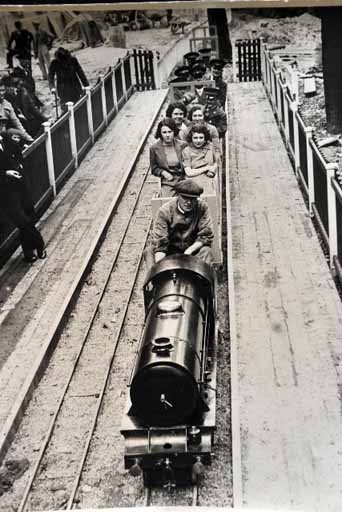 The mile-long track ran through a wooded area from the Brown bear ravine to the Castle Hill Tecton entrance and carried up to 150 people at a time on 10 small coaches. 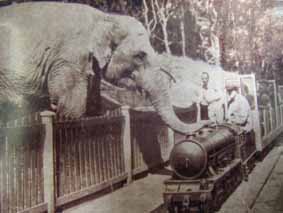 The railway also included miniature platforms, bridges and a signal system and ran for more than four decades.

CAPTIONS: TOP and ABOVE: Visitors enjoy a ride on the miniature railway which ran at DZG until the early 1990s.

RIGHT: One of two elephants that were a gift from the Maharajah of Mysore when the zoo opened in May 1937, takes a close look at the newly installed train.

Previous: New orang settles in
Next: We’re SO noisy!