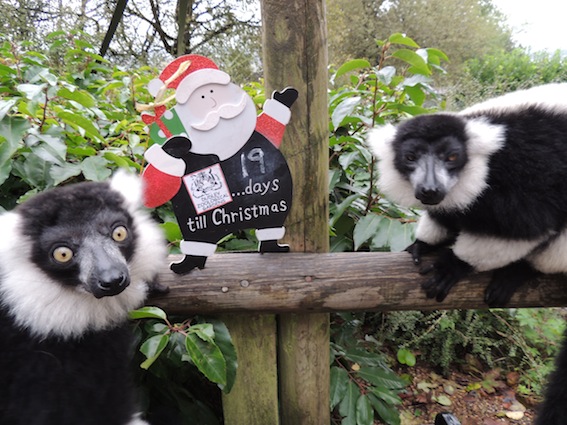 With four lemur species in the wood  – the critically endangered black and white, the vulnerable collared and black and the near threatened ring-tailed there’s always mischief making in the one-acre walkthrough  although they were all surprisingly on their best behaviour when Father Christmas dropped by to say hello as he took a quick break from his Winter Wonderland Castle Grotto. 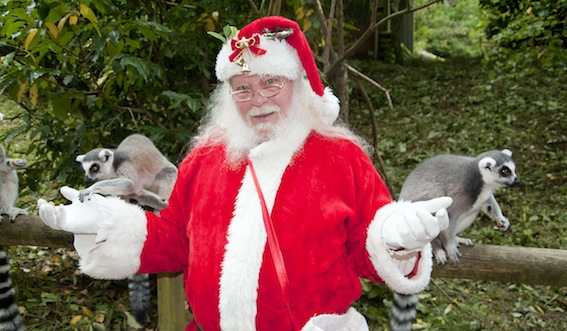 And did you know they’re all boys apart from black lemur female, Florence  who has to keep them all in order!

It’s a big year in the wood next year when the exhibit marks its 10th anniversary  so watch this space to see how we’re celebrating!