A fire, which raged for three days, gutted the once-splendid Dudley Castle on July 24, 1750  exactly 262 years ago today. 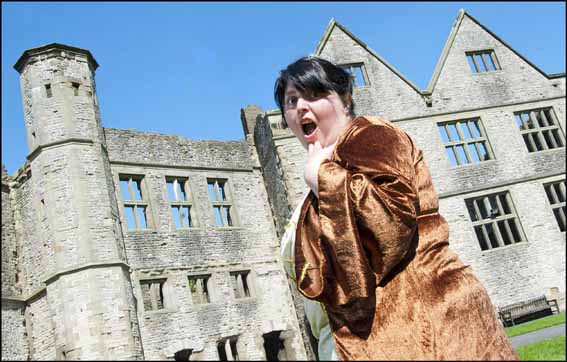 No attempt was made to rebuild the castle after the blaze and it was allowed to fall into the role of romantic ruin.

A popular belief at the time was that the fire was started by forgers intent on hiding their activities, while the

local population did not rush to extinguish the blaze for fear of the gunpowder supposedly stored within the castle  a memory of the Civil War, no doubt.

CAPTION: Presentation Assistant Amy Hickman ponders the fortunes of the Tudor Sharington Range, part of the 11th Dudley Castle  at the heart of the zoological gardens  which was gutted by fire on July 24, 1750.